Black Myth: Wukong - an action-RPG based on classic Chinese tale Journey to the West - has been announced for consoles and PC alongside an impressive 13 minute gameplay video. That video is getting some sections of the internet very excited indeed.

Developed by Game Science, Black Myth appears to be taking soulslike approach to gameplay, but with a vibrant environmental art style (created in Unreal Engine 4), and a neat stealth mechanic in which you turn into a cicada to avoid bigger threats.

You can check out 13 minutes of pre-alpha gameplay below, including exploration, combat, stealth, boss battles, a montage of different environments, and a giant battle thrown in for good measure:

It's safe to say the first impressions have been very good, with the gameplay flying up the r/games subreddit, and comments almost universally positive. "This looks awesome", said Reddit user xg4m3CYT. "The game came out of nowhere, is made by an indie studio, and completely swiped the floor with most of the announced AAA games." 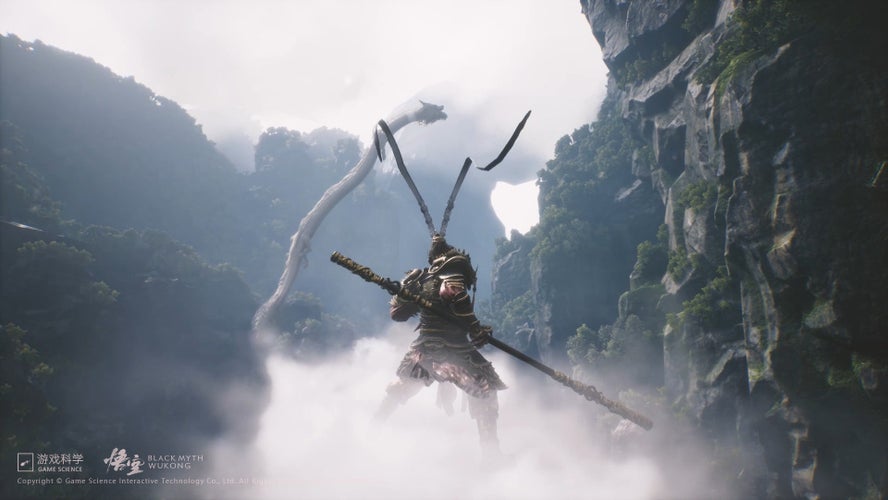 No release date's been given, and with good reason - Game Science explains that the team is currently very small, and is using the early announcement to attract new talent to the studio to help build the final version.

An FAQ on the game's website explains that "it shouldn't take 500 years", but that the game will only be released when the studio is satisfied by the end product. It seems likely, then, that this will be a game aiming for next-gen platforms.

Should have mentioned souls like in the title :=p

Looks promising. Will be keeping an eye on it.