Unfortunately I couldn't find separate data for those countries, only for Europe as a whole, so all I have are some rough estimates based on marketshare.

The first row is calculated using marketshares as of end of 2018, and for the second one I looked at marketshares for 2018 only. So total sales (according to VGC) for these countries, as of 31 August, could be somewhere around there. Maybe.

ZhugeEx says approximately 30% so close but not quite there.

I'd really like to know what percentage of US households own a PS4.

I'd also like to know how many of those PS4s are actively used (say, how many have been turned on at least 10 times in the last 3 months, or something like that.)

I'd also like to know those same stats for every system.

Based on the data I've collected up through this past May, the PS4 was at 29,413k in the U.S. This means the PS4 sold at minimum 587k in the June-Aug. period, meaning a minimum weekly average of a bit over 45k. Last year, sales in the same period were 761k, or about 58.5k/week. This means the drop for the June-Aug. period was no more than 22.86%, comparable to the drop for the Feb.+March period (January was not down much for no obvious reason, while April and, to a lesser extent, May were down a lot because 2018 had God of War).

Now only if we knew the exact numbers for each month. Unfortunately the one and only sales tracker in the U.S. has decided that information is off limits to the general public. 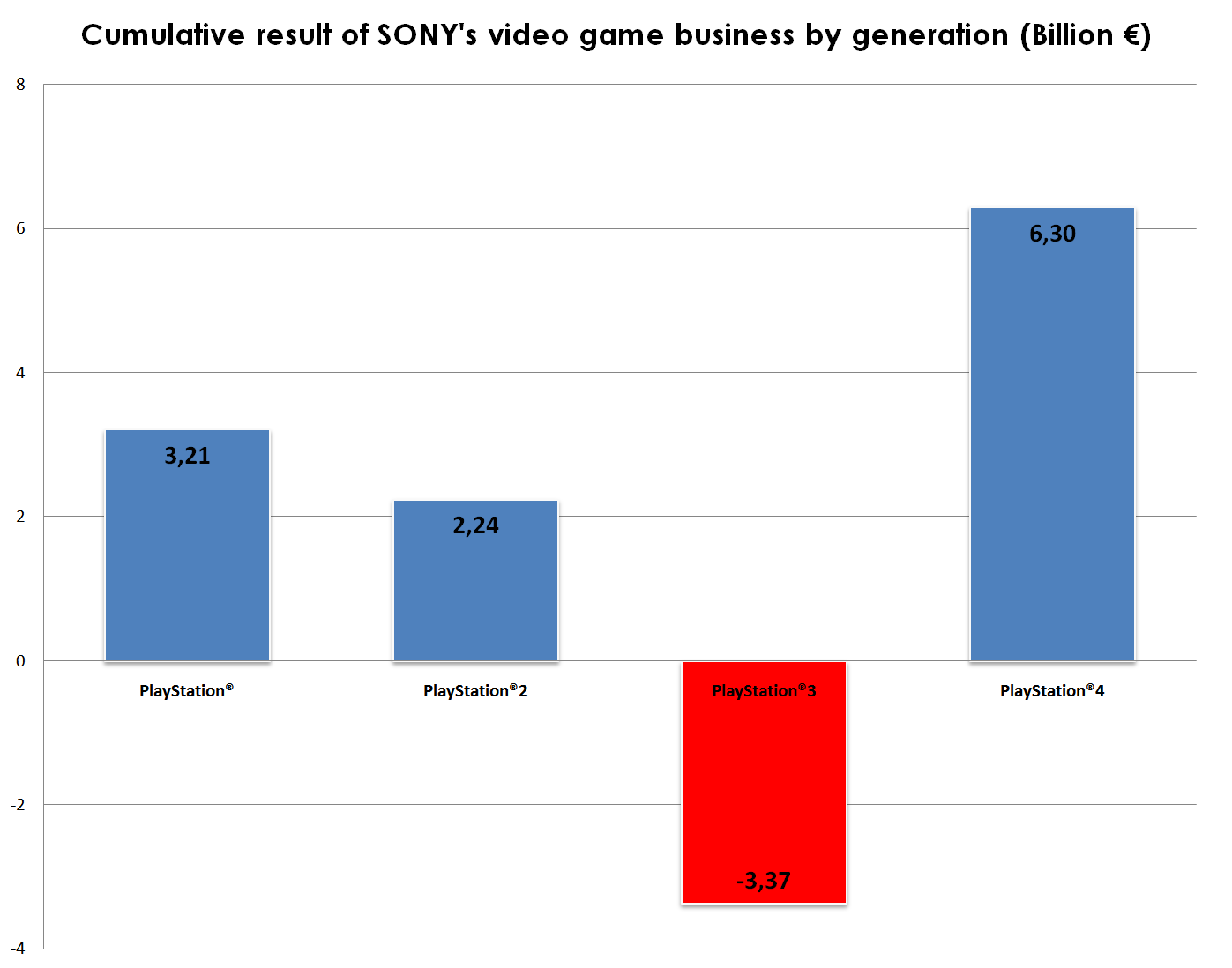 At least, blu ray losses were lumped together with PS3 losses iirc and the mistakes helped Sony make PS4 into a great success. Still, ouch.

I wonder why PS1 was more profitable than PS2?

Yes, the PS3 was lumped with other products that were losing money, mainly because the PS3 started to become profitable, so it offset some of that loss. So, we'll never know how much it truly made/loss.

Can you at least continue with your graphs? I mean you might estimate those monthly sales, or just lump those months together.

The PS1 was cheaper to produce than the PS2, another factor the PS2 have a DVD.