Forums - General Discussion - Do you take crap from people?

Depends on if it's worth keeping worked up about really

I've always been a bigger guy. Tall and medium build. I used to be a wuss as a kid and teenager and took way more crap than I should have because I certainly didn't need to. It wasn't until my early 20's that I started to get an attitude. It took me years to get the hang of dealing with jerks, and it led to a few scraps which weren't much of a problem and I handled without much issue. I've been there more than a few times to back up some smaller friends who couldn't hold their own at times as well. Now, I hardly take crap from anyone. Unless the dude is a Gorilla, the chick is a psycho, or it's a group of them, then I just leave it be, especially if I'm alone.

You have to be able to judge people well based on their words, facial expressions, body language, etc, but it's not that easy and takes time plus many encounters. Even then you're bound to be wrong sometimes. Truth is the large majority of dickheads are all talk or show and no action. What's important is knowing how to make them feel small without acting like a know it all, but also not dealing with them on their low level. Both those scenario's could very well lead to things getting physical. You also need to be able to deal with the consequences if they do by chance man up, as unlikely as that may be. If you don't know anything about fighting I'd suggest steering clear. The best way to practice is to have other people with you. The bigger the better. Most a-holes won't push the limit if you or the people you're with look like they could be a problem physically. They will typically still shoot their mouth off though, and that gives you a chance to try your hand at getting them to back down.

What to say, how and when, is pretty tough to explain. It depends a lot on the scenario. The best approach I find is to be cocky but witty, and jokey at the same time. You have to at least act like you aren't intimidated and you 'know' they aren't the type to mess around either. You have to be careful not to 'laugh in their face' like you think you're untouchable or to make them feel like a laughing stock, because that can lead to trouble depending on the person. Just standing tall with your head up and shoulder's back even makes a big difference. You don't have to flex, just looking like your not spineless is enough many times to make a serious impression. Watching other people's altercations is a good way to learn, but you really have to pay attention because there's a lot to pick up on.

Whatever you do, don't act soft and don't be a 'nice guy'. They will instantly smell that and you'll just make things worse. Also make sure not to go full douchebag. Two total dickheads typically can only sort things out through getting physical. You want to find the middle ground, and be a smartass jerk basically. You don't really want them to think that you think you can kick their ass, you just want them to think that you know you can hold your own if they try to start sh*t, so they won't bother.

I don't suggest looking for trouble, and if fighting is not an option for you if it occurs, I suggest a punching bag or the gym if you need to get out some spartan rage.

I used to be like you OP, but then i stopped giving a ratsass and opened my mouth, i severly recommend it 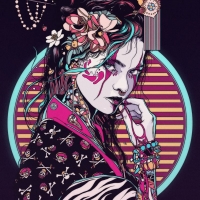 I've had cases where people would glare at me, I do what I do best and smirk at them, that really grinds their gears.

When I was in school, there was a group that would walk past me and my friends and "insult" us, or do things to annoy us. One time, they sort of surrounded us and started mocking us, it's an uncomfortable position to be in, especially when these kids were taller and in a bigger group than you. I just told them to fuck off, a few insults slipped my mouth but hey, I'm just standing my ground. If people are going to give crap, expect it back.

So no, I don't take crap from people.


There goes my last fuck

I learned late in life that you have turn a blind eye to people's bullshit if there's nothing to gain or your safety, pride, or reputation is at risk because of it.

Calling out pathological liars is recipe for disaster because they get on the defensive and offensive.
Narcissists get aggressive if you call them out
I find the most tragic of these are people who are emotional abused in their childhood so they have insecurity issues as adults and their egos get bruised so easily by the simplest thing you say.

I'm rambling at this point. I'm jaded these days so I just ignore them if there's nothing for me to gain, or there's something to lose.

This is such a true statement.  I have a friend who is also introverted and passive who declares that people don't like him and are giving him these "death stares"— from my friends, who all enjoy his company.  I think partly this is because because he doesn't engage in conversations and situations as much so he is free to watch the room (or area) constantly.  That means you have more opportunities to catch someone in an odd grimace or facial contortion.  Trust me, people make them on accident.  Maybe they have food stuck in their teeth or they're thinking about something.  By engaging people you might find that they never took issue in the first place, but were just lost in thought.

Also, I don't think the stereotypical gamer these days would be considered introverted/passive.  I guess I could be wrong about that, but it's just not the image I have.