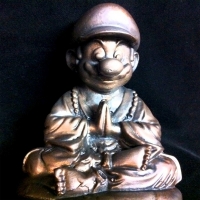 Ive been permabanned more times than Leo-J. I am personal friends with many of the old famous members and we've kinda sorta kept in contact even to this day.

Perfectly legal where I live anyway so why wouldn’t you.

None of this is trolling by the way. I wont lie in this thread. I will neglect to answer questions fully, as I DO have personal things I'm not willing to share, like the details of my BDSM relationships, masonic secrets, Zelda related coding secrets, Bruce Lee related martial arts stuff that YOU have to find yourself through seeking out his former students and reading the millions of words he wrote on your own, I'm not going to spoon feed anything to anyone. This whole OP was straight from the heart without any shame felt, nor lies told. Some of it is metaphors, which when I updated the op I marked. I AM as famous in this forum as I think I am. I deleted a lot of my old trolling posts as I had OCD for a while and was so afraid that my trolling was going to get me into legal trouble I went through and blanked all the posts that I deemed too outrageous.
You can still see the extent of my trolling on many of my alts, but I wont list them cause the stuff is VERY harrowing and VERY sick and twisted.

Its legal in a lot of places, and I do not judge safe consensual incest with condoms and birth control etc,  but all me and my cousin did was flirt with the idea of having sex. We played "haunted house" as kids, which was kind of like "playing doctor" I'll leave it at that. Me and my cousin are not close anymore. She cuckolded her husband by introducing polyamory into the situation and getting with one of my best friends with a huge cock to bang her while her husband got her from the back, and introduced them both into orgies when they didn't really want to do stuff like that, they were both really good guys caught up in something that neither of them should of allowed.

She ruined both my best friend and her husband emotionally for any girl hes going to be with next, theyre both going to have a lot of baggage and she my friend him very very badly, and ruined her relationship with her husband, and shes now with an abusive douchebag who she was cheating on them with for a whole year before they found out. He also knew she was cheating, the douchebag. She got upset at some emojis I did because she misinterpreted them sexually, including the bunny thing on facebook listening to music and pumping its hand, which I assume she thought stood for jerking off. She told me to stop sending her sexual ennudos (shes very dumb and didnt know how to spell innuendos) and blocked me on facebook because the abusive bf warped her mind, but we've always made weird jokes to each other and had semi sexual dialogue. She jumped on me and started making out with me when we were both teens once, and that's the only passion we shared together, but me being autistic I really didnt know how to react to such a thing and just went with it. Shes the one who initiated sexual contact with me, I did not ever want to pursue a sexual relationship with her. But you guys know how Aquariuses are, they're literally Satan You also know how autists are, hopefully. It was all around a bad situation and I'd rather the subject be DROPPED RIGHT NOW. I NEVER want to hear another word about me and my cousin. I'd like me and my cousin to be friends again but I dont know if thats possible with her being with an abusive douchebag, all I can say seeing her at family events was always awkward, and her little brother knows everything we did, and hes a military man now and still has to cope with how weird his white trash upbringing was.

Also, just a fun fact, geneticists found out that the best biological match for having kids is your 3rd cousin.

Did you catch a lot of bodies at that age too?

Wanna dabble in some advanced mathematics with me sometimes? I love working with infinity and trying to divide by zero, I'm really into working with infinitesimals and all the theories with cute goofy names, but also appreciate the ones with advanced names only were able to grasp. I really love imaginary numbers and higher and lower dimensional stuff, and connecting string theory and quantum physics to old hindu scriptures which describe exactly the same things. I believe the universe is infinite and the big bang is nothing more than a black hole that reached critical mass and banged, I believe in infinite parallel universes, proving retard flat earthers wrong, explaining how to mandela effect works in the light of time travelers(I'm a Chrononot if you know what that is but thats a masonic thing I can't really talk about here), confabulation, alternate dimensions, higher and lower vibrations of reality, I love conspriacy theories and wikileaks and figuring out what is being covered up and whats true and false, I know a lot of old military members that confirm the conspiracy stuff as true, at least in their perception when it comes to reptillians, greys, the nordic aliens, nephillim, space travelers, the global cover up of all these things, the Philadelphia experiment and the like. I'm really into NASA and hope to become an astronot one day. I really like theories about the second sun Nemesis and Nibiru, which are both real things and I could actually show you a video I have on my phone of Nemesis, our suns twin ;) along with ufo footage and stuff and we can figure out what kinda of experimental planes they are as I live close to an active airport that does a lot of military business.

I don't believe in mathematics.