You're a racist. I didn't try to "imply" it, I pretty much just said it. But I guess to those who don't find it obvious it might come off as an implication.

You had to say it outright otherwise the mods would play dumb in what you were implying. Btw, you're wrong as can be. Anyways, thanks for playing along.

You're welcome. So are you leaving or are you going to sulk more about how the system is rigged against you?

Somebody give abridge version of the conflict.

I think Vgchartz has definitely gotten a lot worse lately. Especially with the closure of the moderator thread. As a person who has never been banned, I consider leaving by myself every week. Luckily I should get busy soon and the problem will solve itself.

Eh... I haven't really been following, but here's from what I observed.

In a thread relating to police brutality OP was pointing out how most murders of blacks were by other blacks.  And got modded for it.  It's a fairly bad argument (I'm pretty sure most murder victims are murdered by someone within their own race just because that's who they interact with most), but not banworthy IMO.  Apparently, OP felt this was significant enough for the OP to want to leave.  May be more to it on both sides, but that's just a casual observation of the situation.

The interesting thing about the Mod thread? That was the third one. Previous Mod teams have locked those for similar reasons we felt to temporarily lock this one. It was getting out of hand. It's not like this is some new phenomenon. I was warned by previous mods how these things work. People are going to contest moderations, even if they are totally in the wrong. A handful of people just see the user's angle in it. That the mods have suddenly started banning for no reason. Of course, that couldn't be further from the truth and many mods are willing to work with people. Ryuu and I are both willing to do that as things adjust and change. If we've made mistakes, and we have, then we've been willing to correct them (or at least give most things a second look). Previous Mod teams wouldn't have even allowed for this thread to go on as long as it has, let alone a lot of other things that happen around the site. Guess what? VGC lived and thrived just fine. Things happen. People make mistakes. I will work with anyone who's willing to meet us half way.

So, while I hear what some of you are saying, I'm also gonna stand firm on moderations issued from infractions that were clearly destructive. As for The Mod Thread? Well, I'll just say that it won't be completely ruled out for a re-open, but there will probably be a few guidelines thrown in so it can remain open. Or, if we don't do that, we'll offer some other means of communicating with mods. Rest assured, we'll have something, but we'll also need cooperation so that it doesn't end up where the last few have. 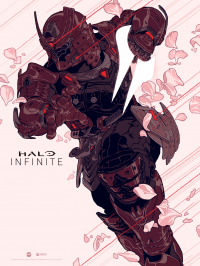 We're happy to discuss your moderation via PM as we are already doing so with you, this is not the correct way to do it, we are more than happy to discuss moderations as we recently did so regarding another users ban which resulted in it being lowered but you should put your point across in a respectful manner. Furthermore we'd like to point out again that the moderator thread is being re-opened at some point in the future and future concerns should be directed via PM which we will discuss with users.

Due to the above and the fact that this thread is getting bad already, we're going to lock this up, we'll also be creating another thread to address some things prior to re-opening the moderator thread but we just ask for a little patience.