I'm saying this under the assumption that it would be the exact same game with the same graphics and everything.

Except thats not possible.
Also even if the graphics where hugely downgraded to 3ds levels, the improvements to the game are more than just the graphics.

Face it, Monster Hunter was held back by being on a handheld, and now its not.
its a better game than could have been possible on the 3ds.

Ah, so you WERE making the hint that this is some kind of platform bias or something. Didn't want to assume anything.

All I'm going to say is, that's very delusional.

Most of these improvements simply couldn't happen on a 3DS. Also, the 3DS getting a lower mark for the same game due to graphics is arguably justified, so even if it could be on the 3DS in a dumb downed state the lower score would make sense.

Now a Switch version i'm up for, just so people will stop complaining.

Reviewer bias against the 3DS is (was?) a very real thing.

Are you saying reviewers are bias against nintendo? Damn...

Yeah, and I'm like totally mad this isn't on 3DS. How could Capcom say no to that 240p display. I cry every tiem.

Was on the fence, but this has convinced me to go for it. A rare instance of Capcom actually trying these days has to be rewarded after all! 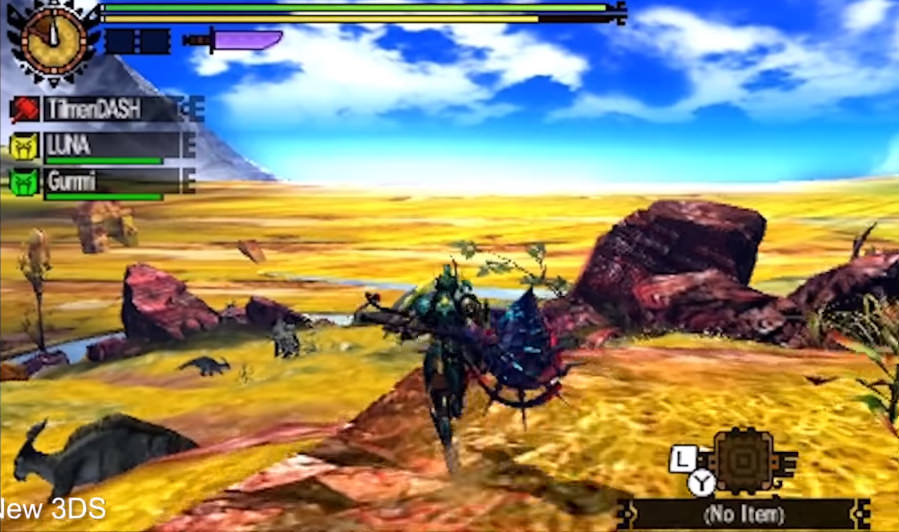 This was a huge leap for the series.

Yeah screw all the improvements like open maps instead of enclosed smaller areas. Etc.
This is 3DS bias clearly.

You're comparing MH4 with MHW.

Imagine a hypothetical MHW on 3DS (exact same game as the PS4 one down to every detail).

These would be the reviews:

"MHW while ambitious, feels limited by being on a small handheld. We want the big screen experience. When will MH break free from the handheld ghetto?"

"Unfortunately even with a dialing wand, my hand cramped up while attempting the tutorial and I had to go to the hospital for an unrelated heart attack. Ah, the joys of being 400 pounds :/"

"This is the probably one of the best Monster Hunter games we have ever played. Almost as good as 3 on the Wii and 2 on the PS2."