I wasn't sure if you were being serious, or playing along.
But the very obvious joke here is that if you're accused of being mentally unstable, and that people around you think you're an idiot (which was obvious before the book came out), an adult wouldn't suddenly boast about their mental stability, or about how smart they are (which smart people generally don't feel the need to point out, but no one told Trump that), because they'd know that this only makes them look extremely insecure.
And on top of that he words it by sounding like a ditsy blonde teen. That was just the icing on the cake that made the tweet all the more unbelievable.

That it would make sense if it was a parody account, trying to make him look as insecure and unintelligent as possible, is certainly worth pointing out, when it's in regards to the president of the United States.

And this tweet was from today, not 8 years ago. It's clearly in response to excerpts from the book that claim that his mental stability was questioned to the point where they had medical experts brought in to examine him, and that virtually everyone around him has called him a moron/an idiot, etc.
Those are the things that made the headlines on the news for the past 24 hours. So Trump thought it would be a good idea to assure us of the opposite by saying this.

You can't write this stuff. But it actually happened. That was his response.

I love how the Trump fans continuously defend their indefensible Dear Leader President Donnie Trump by brushing off every scandal and stupid comment made by Trump by saying "Trump is Trump". Trump is great for comedy but as a leader he is of a bad character and he is unfit for office.

Not going to read the book, because as fun as it would be, it seems to be based on second hand accounts without much real way to determine what is true or not.  That being said, the way Trump is attacking Bannon so vigorously in the aftermath indicates that there definitely is a fair amount of truth.

Also, this was a tweet.  It's pretty common for people to use the word like as a verbal crutch when they're fumbling for words in real time, but there is really no reason to use like in that context.

I wrote that I think "most things is likely true" whih is a statement about probability, not certainty. The way Bannon has handled this, the statement from another employee confirming the information in the book, the way the Trump administration has approached this situation and now the way Trump is acting out on twitter tells a picture that this book is likely right on many points. That does not mean it is right on every point.

And the part about Trump not wanting to be president might be true, or might not be true. There could be several answers to this, for example that he didn´t want to be president simply because he had made all of these commitments to the Russian government. And I don´t think anyone has claimed that Trump wanted to win so badly that he colluded with Russia, the hypothesis is that Trump colluded with Russia because both he and Russia wanted something out of the collaboration. what that is, is likely what the Mueller investigation is looking into.

And no, a reporter should never release some of the recordings, other than to show a select few fellow reporters. If he did release some recordings, the Trump administration would claim that other recordings should be shown and therefore they are shifting the focus away from themselves. Trump himself is doing a might fine job right now showing how mentally unstable he is. Or as Trump himself put it: "Actually, throughout my life, my two greatest assets have been mental stability and being, like, really smart."

Yeah. The most reasonable explanation I can think of is that Trump has someone type up the tweets for him, and they included his "like," pause in the sentence.
We've heard Trump speak in similar ways before. "I'm like a smart person."

By the way, apparently Trump also tweeted that he is a "a very stable genius".
How is this real life?

It's like someone accused of being gay, responding the next day in the most flamboyantly cliché gay lisping voice: "Oh by the way, I just banged 3 chicks yesterday. At the same time. Just thought I'd let you guys know... We had long heterosexual intercourse."

In fact, George Takei thought of the exact same analogy as me: 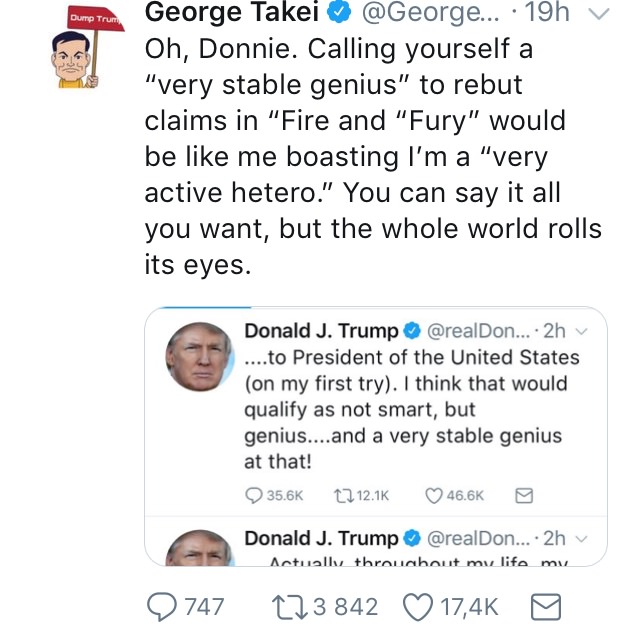 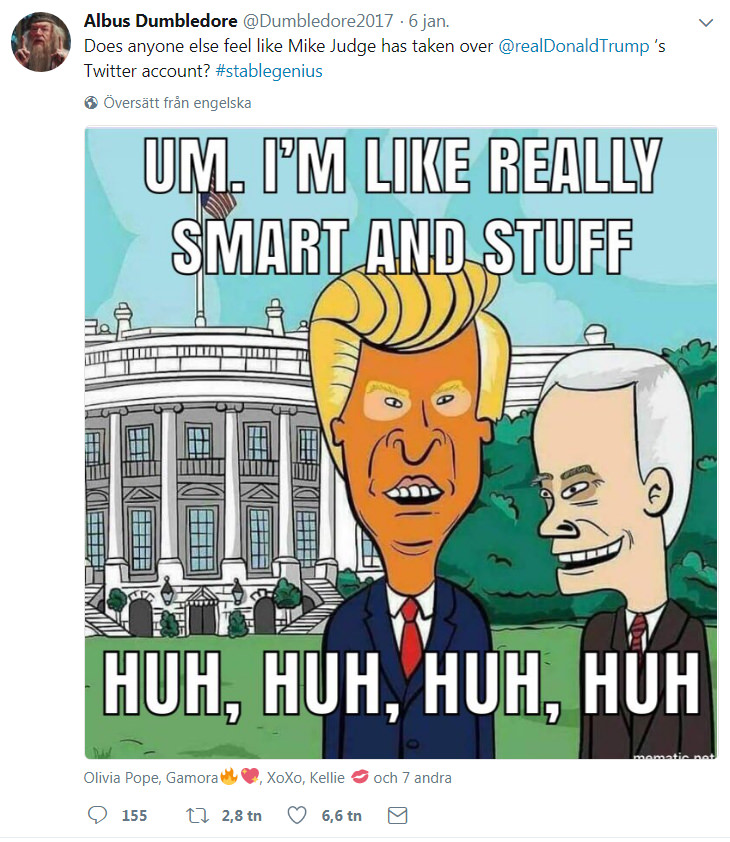 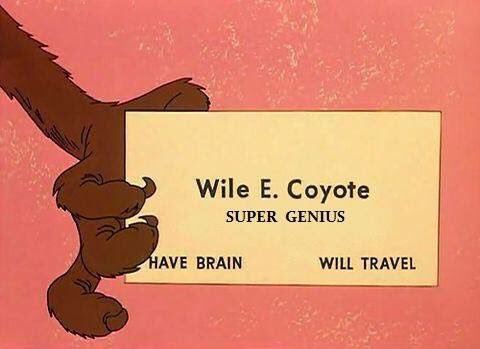 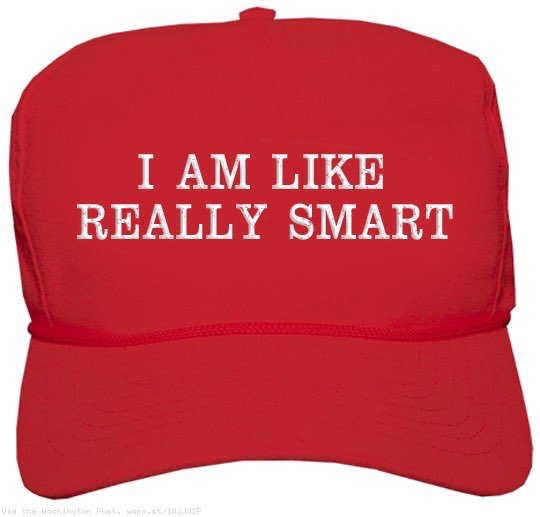 By the way, on the subject of distinguishing which parts of the book are accurate or not, there is one piece of information that was essentially confirmed today. And that is that one of Trump’s former political advisers, Sam Nunberg, said that "I certainly probably said that (he's an idiot)".

He said that when asked if he told Bannon the following statement: "'If you can get this idiot elected twice, you would achieve something like immortality in politics,"

But he added to the reporters that he was "just being sarcastic".

Hyperbole like this doesn't give me the impression that you are judging the situation dispassionately yourself.

Trump is obviously trolling everyone with his tweets. He's trying to get a rise out of people. He knows it gets him all the attention, even if it's negative. Remember, there's no such thing as bad publicity.

I can't believe that people can't see this.

Donald Trump is the Lavar Ball of American politics. Constantly seeking publicity and will say anything for attention. Both Lavar Ball and Donald Trump are attention seeking trolls and oxygen thieves! Stay IN YO Lane!

If it was only the tweets, then okay.  That would be a terrible plan, executed by a person who cares nothing for the office he represents, but sure, he would not necessarily be an idiot, just pretending to be an idiot.  But it's not just the tweets.  Every piece of evidence we have about his thoughts, words, and actions paints a fairly consistent picture of an ignorant man with an ego that requires him to think he knows everything; thus he has no incentive to learn anything.  In his own mind he is never wrong; thus he can never acknowledge even the most easily correctable or insignificant mistakes.

And if it's still a lie despite all this, but a lie that he acts out consistently throughout every day of his presidency—is that really any better for the country?