Forums - PC Discussion - PUBG, what am I missing?

Maybe it's because I haven't really followed Steam beforehand, but this game seems much bigger than other ones I can think of.

That's why I said the phenomenon is even stronger with this one. My guess is because of the Battle Royale aspect the game. + it's the game that gets the most views on Twitch  right now so the exposure effect goes on.

Are you a streamer?
Are you an impressionable child?
If you answer no to any of these questions, then you more than likely will not enjoy PUBG.

But seriously, its the new craze among streamers so everybody wants to get in on the fun. Those loots boxes will really add to the fun too.

For many, it's the first game that does battle royale right, without any zombies or other bullshit. It may look like a game from 2010, and have a lot of jankyness, but the gameplay loop is just so addicting. In contrast to dota or csgo, the game is very accessible for new players ( got fourth place in my first match) and is easy to pick up and play for short bursts of fun, one match at a time. Also, the game is not a fad, it's here to stay. Mark my words.

Define "Stay" because I can say with absolute confidence that the series will be dead in 5 years.

Yea me neither. Seemed like that Arma mod and DayZ standalone. I was so uninterested but my friend was into it and bought the game for me so that he had someone to play with him. Unfortunately it was too boring for me to play more then about 5 times. And now there is PUBG which looks similar but slightly better.

I suppose it has been pretty dry in the video games department lately and big streamers have been picking it up,

I see the appeal, especially if you have good friends to play with, but I'm not feeling it either. Too buggy and jacky for my taste 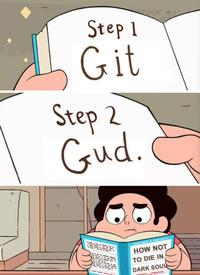