This whole scenario is ridiculous. I'm just here to see the fireworks.

Your God made me this way. Blame him.

Do not attack gods anointed Donald Trump. Trust me. Support and pray for him

Well let's see, what's worse: Trump posting a joke on Twitter, or CNN going after the WRONG person and threatening to post his private information if he didn't follow through with their plans, all because he expressed freedom of speech through a meme, a meme. Say what you will about Trump, what CNN just did is appalling to any believer in freedom of speech.

Trump in this recent Meme/Twitter war is no way in the wrong. You can argue about the meme itself, but the retaliation around it (CNN) is a mockery of the press and shuts down free speech because they don't like it. At this point, Alex Jones has more credibility in his left pinkie than the entirety of CNN. The media should be ashamed.

'CNN is not publishing "HanA**holeSolo's" name because he is a private citizen who has issued an extensive statement of apology, showed his remorse by saying he has taken down all his offending posts, and because he said he is not going to repeat this ugly behavior on social media again. In addition, he said his statement could serve as an example to others not to do the same.

CNN reserves the right to publish his identity should any of that change.'
It makes me honestly shiver every time I read that.

I don't care about CNN or what a bunch of amateurs they are. The whole situation is just stupid and idiotic. And both sides don't know when to stop. This is pure popcorn cinema. There is no winner in this one.

Btw. there is sooooooooooooooo much satire and comedy about our politicians especially Merkel. Did you ever saw her doing a response to any of that satire or media outlets, at all? No. There is none. She just stays above all this crap. Whereas Trump goes down on that level and feeds the trolls.

To be fair, the office of the presidency has been a reality tv show since the Clinton administration, and with Obama coming off more as a charasmatic celebrity with his calm and cool persona, it's only further acceleratred it. Trump having a well known persona was bound to get in the way, so I really expected things like this to happen.

However, even though we almost see politics as a comedic side thread, we know when someone goes too far. CNN, went too far. The real reason why Trump is getting no flack over this is because even though he retweeted the meme, CNN took it to asinine proportions, going so far as to reveal his identity and open him up to potential job risks, family issues, death threats, etc. This idea of Trump inciting violence because of a meme is nowhere near comparable to CNN.

We take politics in rounds, and Trump won this battle in the first day. In order to understand cinema, you must understand both sides, not say I don't like this guy when said guy might not be the greater evil all the time.

I hate to make video game comparisons in politics, but Trump is basically the King Dedede of presidents.

Russia this ;.russia that;...they are all reporting like it is a soap... 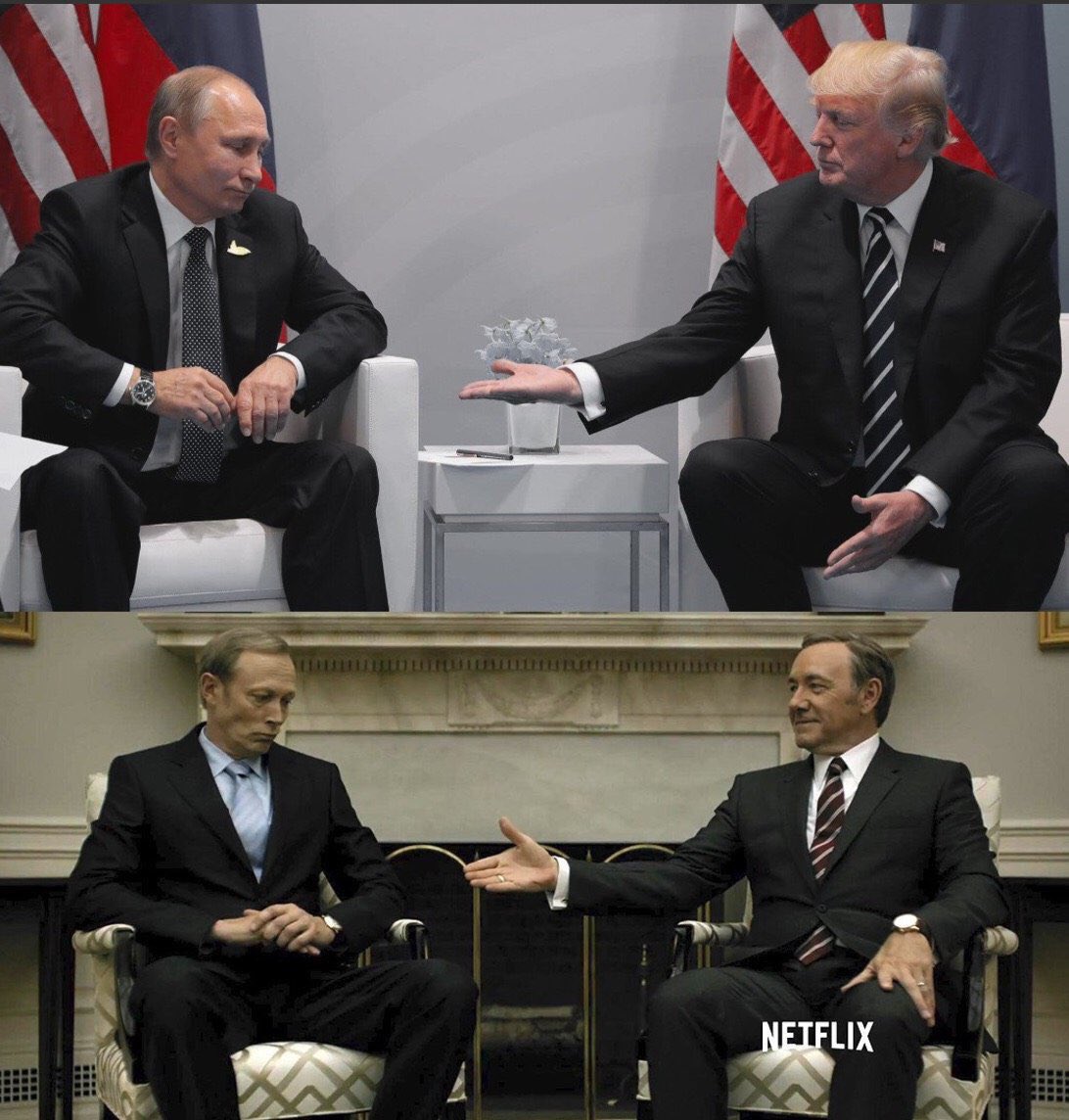