It looks like Sony’s big bet on the VR first-person shooter (FPS), Farpoint, had paid off, at least in the UK.

The UK’s weekly games chart, compiled by GfK and shared via The Association for UK Interactive Entertainment (UKIE), reveals that Farpoint debuted at number two in the weekly charts for the last seven days. The only game to sell more copies in the UK that week was Injustice 2, the new fighting game starring DC characters that released on PS4, Xbox One, and PC. The chart tracks UK retail sales figures, though it doesn’t include digital sales from outlets like the PlayStation Store.

Given that Farpoint only appeared on PSVR, which only a fraction of the 60 million PS4 users out there own, that’s a pretty impressive statistic. It’s now the highest position a VR-only game has reached, the previous being PlayStation VR Worlds that debuted at No 7 back in October 2016. It even surpassed Fire Emblem Echoes: Shadows of Valentia, which released last week for the wildly more popular Nintendo 3DS. We’ll be interested to see if it ranks again within the next week; we’re not used to seeing VR games listed given most of them release as digital exclusives.

The chart almost certainly counts both the standalone copy of Farpoint and the version of the game that comes bundled with its new controller, the gun-shaped Aim device. In the UK, both were available for £75, which is about £35 more than the traditional £40 recommended retail price of game. Does this mean people are still willing to pay more for experiences despite already buying an entirely new headset?

We know that PSVR has sold around (and by now likely surpassed) one million units sold, obviously only a certain number of which will be in the UK.

We’re happy to see Farpoint succeed, as we quite like the game ourselves. “For better and for worse, based on current capabilities, Farpoint is the game that PSVR deserves — an exhilarating, but flawed, AAA-quality VR shooter,” Games Editor David Jagneaux wrote in his review.

It’s also a good sign for developers making new games that will support the Aim controller soon like Arizona Sunshine.

That's insane to see. Especially considering that the vast majority of those sales were likely from the aim controller bundle.

I think by the time Playstation 5, and Xbox Two are out,... VR gameing will be a big deal.
First gen products always have a few kinks.

But everyone seems to like how VR + Aimcontroller handles in Farpoint.
This could be the future of first person shooters.

Excellent debut for farpoint. I agree that the psvr on ps5 will be much more appealing. Much more powerful with a lower price point should ensure it goes mainstream.

isn't that given away with PSVR?  I just saw SOME european countries have PSVR deals + farpoint 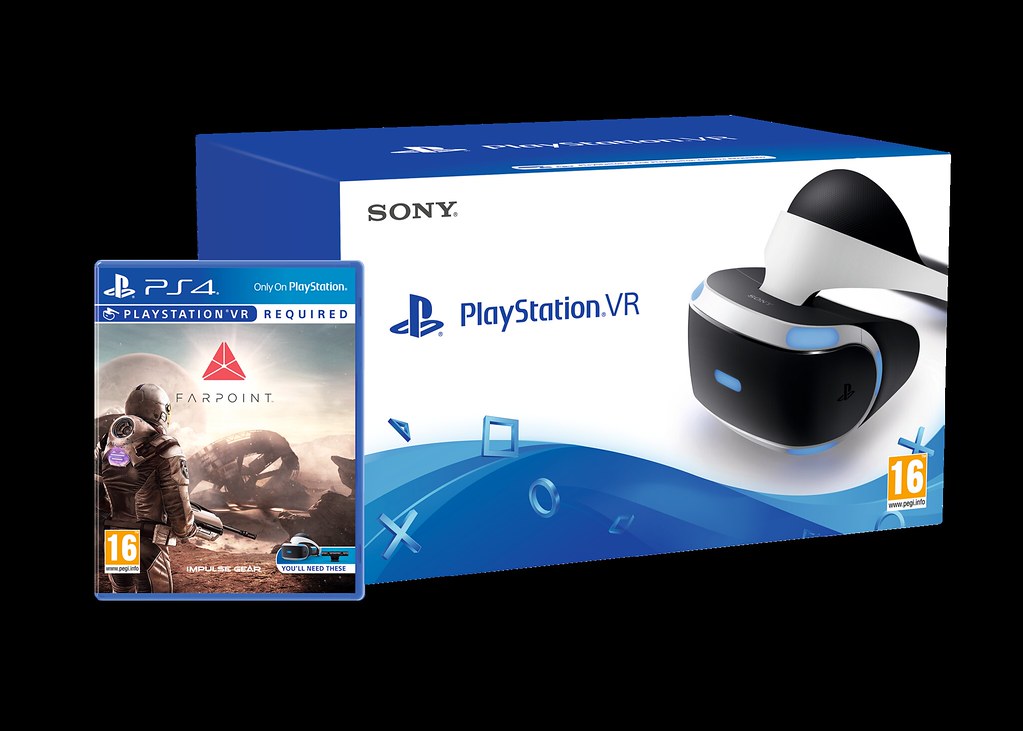 I'm eager to try out these PSVR titles, especially Farpoint and RE7. I'm hopeful for a significant price cut soon. It's really hard to justify a $400 investment :-/

Interesting. Nevertheless, the important question is did it move VR units, because that's the purpose of a first party title. So, are people buying VR to get this game or is this game being bought by people who already have a VR headset and need something to play it with.

It would be amazing if those sales numbers are from the bundle!

I doubt it will move VR units from day 1, however after having tried it at a friend's place it's much more likely. It works great. I have already gone back to lazy sitting down gaming though, works just as well with the aim controller. I'll pretend I'm this guy Except my gun has the wheelchair controls on it and my chair can strafe too!

(Actually the game still shows you at full height, same as RE7 that you can play standing or sitting. Reset viewpoint always assumes you are at full height)

Only thing they need right now is a second camera behind you for full 360 tracking, that'll make it so much better

A second camera can eliminate the tracking issues. The ps4 camera is already a stereo camera yet the farther apart you put the two views the more you can eliminate drift. It's another wire (and splitter) though. And another $60. More hassle.

360 tracking already works for RE7. RE7 doesn't track the controller since you aim with headtracking. The headset is tracked fine all around. You do need to stay aware of the cable as not to wind yourself up :) And although 360 tracking works in RE7, the game expects you to play sitting. Your character doesn't rotate with you which causes some odd transitions to pre-scripted actions like climbing ladders.