The Expanse has been renewed for a third season 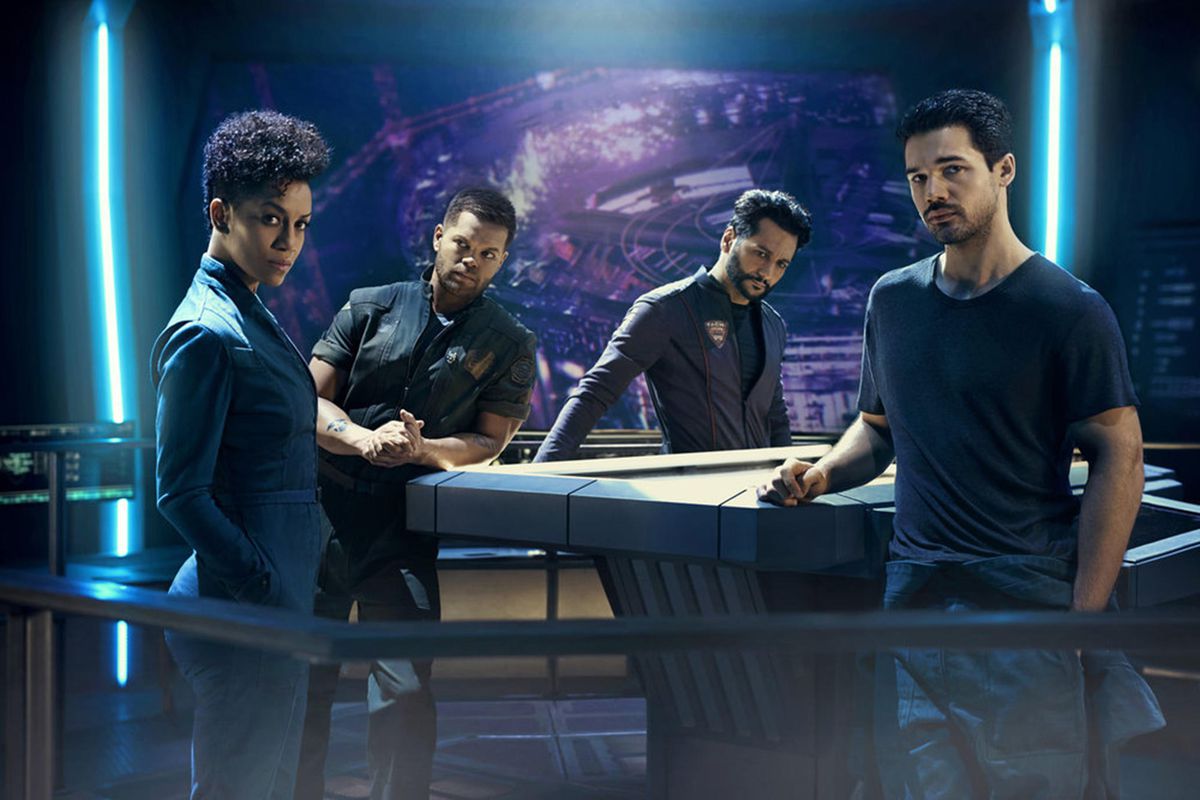 Syfy announced today that it has picked up The Expanse for a third season, which will air on the network in 2018.

Based on the series of novels by James S.A. Corey, The Expanse is set two centuries from now in an inhabited solar system. The show follows a spaceship crewman, James Holden, and a detective on Ceres, Joe Miller, who become intertwined in a system-wide conspiracy that brings everyone to the brink of war.

The second season of the show is currently airing on Syfy, and has depicted a solar system that is ethnically divided between Earth, Mars, and the asteroid belt. With this as its basis, the show is one of the most politically relevant science fiction stories out there.

“The Expanse is a gorgeous, thrilling, emotional series that has quite simply raised the bar for science fiction on television,” Chris McCumber, president of entertainment networks for NBCUniversal Cable Entertainment, said in a statement. “We, along with the fans, are looking forward to continuing the journey with our partners at Alcon Television Group and the series’ brilliant cast and crew.”

“It's a real pleasure to be able to work with this team some more,” Daniel Abraham said. “We've been talking with Naren and Mark and Hawk about the shape of the story in the third season, and it's amazing. I want to see just it, like *now*. It's going to be a great ride.”

The pickup is welcome news for fans of the show. While The Expanse has been praised by critics and attracted a core group of fans, it has earned lower ratings. However, many viewers have been watching the show in a variety of ways, according to Daniel Abraham and Ty Franck, who wrote the novels and who are producers on the show, when they spoke with The Verge last year at New York Comic Con, something that NBC-Universal is keenly aware of. "Their game plan is to build a good show and something that's widely available, and then believe the fan base will come," Abraham explained at the time.

The first season and the first handful of episodes of season 2 adapted the first novel in the series, Leviathan Wakes, while the remainder of the second season has been adapting the next book in the series, Caliban’s War. Depending on how much of the novel is adapted in the current season, season 3 will likely tackle the events of the third novel, Abaddon’s Gate. The sixth installment of the novel series, Babylon’s Ashes, was published last December.

I knew who created this thread as soon as I saw the title.

I signed up for a TV package. So I should be able to watch this on Space network soon!  After I get caught up on Game of Thrones.

i really need to watch this, ive enjoyed all the books so far