I'll just leave the oats, the rest of my post wasn't really constructive....

Let's just say I disagree with you, I'd rather not form the lynch mob at the drop of the word rape and I would rather a world where if the word was dropped by either party then both parties would have something to lose from it, so far she has made a claim which went as far as court where she said she had lied.... and now has the backing of 200k derps + is getting financial support. It's fairly clear at this point the only outcome of this will be her getting her way and being allowed to break away from her contract, the guys name is run through the mud completely regardless of the courts ruling or ya know... what she said happened in court.

i would jin to boycott sony for free ps+ games on ps4.

The problem with this is that if she lied in front of the judge (which I agree with you it could be because of her fear), the judge has to take a veredict based on the proofs and statements, and the only option if she said that under oath is to find him innocent. But people are jumping to conclusions saying that she was actually raped, we don't know about that, and she could be perfectly be lying all the time. I don't know Kesha personally (and I'm sure most of us don't know her, like 100%), so I can't say she's right. So, boycotting Sony because of this is nuts. And people funding a boycott (LOL) based on declarations of a girl they don't even know if she's right is plain stupid. Women lie, men like, everybody lies, it's not a matter of gender.

She doesnt want to get caught in a lie, and face 5 years of jail time for lieing under oath. So she told the true.

Thats the intire point of the system, things you say under oath matter (which is why its heavily punished if you lie under it).

Thousands of women are raped and sexually harrassed everyday and you suggest that Sony should "ignore" it?

I'm glad that this case is getting the attention it deserves, nobody should ever have to go through this 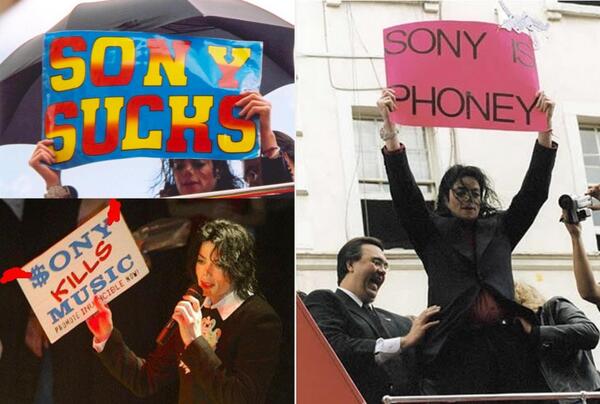 Not a good look for Sony.... Especially when GAGA and swift fans are up in the tens of millions of ppl and teens who are moving into buying electronic goods

She swore it did not happen under oath and a Judge found not guilty, what more could be said for ignoring the petition?

I have seen very little evidence to suggest that the rape took place other than her word against his.

I guess the problem is that she swore under oath in 2011 that she was never drugged or sexually abused.

Maybe she did that out of fear, but as it stands she's claiming that she lied before, and not this time.
And this petition is written as if it's a fact that she was abused.

"In case you are unaware of the current events, on February 19, 2016 Kesha's injunction against the producer was denied after being sexually, physically, and mentally abused for over a decade. He has threatened Kesha and her family and drugged her."

That's a pretty manipulative way to get people to sign.

Can't she just work with a different producer though?