Day One has ended in No Lynch.

Please send me your Night Actions as soon as possible. Exceptionally Night 1 might last a little longer than two days since I'll be away from a computer all day Friday.

I'm really pathetic and have no friends. Please excuse the trolling message that used to be here, I don't know any better. 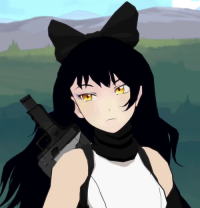 Oh, I had no idea this was on so soon! Anyway, which Metal Gear game did you guys appear in? I first appeared in Solid.

Sadly this wasn't the only dreadful surprise this glorious morning brought, Town Role Cop - Revolver Ocelot (ganondorf7799) was found dead on his kitchen table, he appeared to be polishing his beloved Colt single action army gun when a bullet went through his skull right between his eyes. His fellow FOXHOUND member Psycho Mantis, Town Redirector (Blake_Belladonna) also didn't make it through the night, somebody apparently found the second controller slot and managed to shoot him down unaware, his mind tricks and psychokinesis failing him in the end.

supermario128, ganondorf7799 and Blake_Belladonna are dead.

(Sorry to hear about the funeral Trucks)

My goodness, this was a pretty bad night for the town. Not much can be read into by the night events. The only person who voted yesterday was killed, so I suppose you can consider spurge suspicious, but I don't know if you can classify supermario's reason as valid evidence in the first place.

Well that really was unexpected. I was kinda expecting no kills what with it being the first night, definitely not three!

Sad to hear about your funeral, though. Hope everything is OK for you guys now.

Woah, so many people dead!

Sorry to hear about the funeral trucks

And damn town took some big loses last night. Worse thing about it is we still dont have much to go on from it :-/ .

You aand Cone seem so unnaturally surprised! Like oh my gosh, just because day one was a dud I cannot believe scum and possible third party did not just take a break! Crazy Bro!

And nothing to go on. Are you saying no one had any actions besides what scum did? Or are you forgetting that we probably do have stuff to go on just no one has said anything yet?

Wow im sorry that im surprised that we lost 3 town members and 3 that had pretty good roles at that. You dont think thats a pretty big lose for town this early in the game??.

unless you know something the rest of us dont? i really dont see how the is anything to go on unless someone did catch something last night.

But still now that your here id like to know what you seemed to of gathered from it?.