I think Ireland has a good chance, they beat Australia an South Africa last year and are ranked 3rd atm.

Jesus you're not wrong.

I mean really it should be England and Australia that go through, probably in that order.

But I can just see my shitty team losing to Wales or Uruguay.

Aside from that I reckon:

Pool B - South African and Japan

Australia wouldn't lose to Uruguay but they could probably lose to Wales and England given their recent form. Australia were once top 3 but they've slipped in recent times.

I wouldn't discount Uruguay completely. That team has pulled out some brilliant wins over the years.

I remember when Australia were a powerhouse ten years ago. What a collapse.

I'll keep an eye out for them :) Japan are the team I think may upset, they beat Wales last year :O 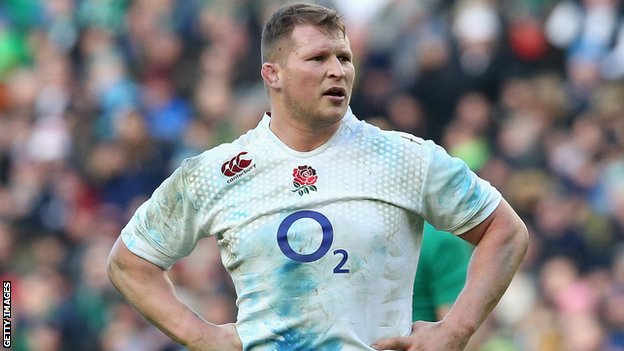 The Northampton captain, 29, was banned for four weeks on Wednesday for headbutting Saracens' Jamie George - who has replaced him in the squad.

It would have ruled him out of England's opening World Cup game against Fiji on 18 September.

"I have spoken to Dylan. He knows he has let himself and everyone down," said England coach Stuart Lancaster.

"It also goes without saying that we need all our players to be able to control their discipline and make good decisions under pressure. The World Cup will clearly require this, and Dylan has not clearly displayed this in this latest incident.

"This is an area that he still needs to address. Unfortunately the consequences aren't just for him but also for the team because he was an important cog in the wheel.

"Dylan is excellent in an awful lot of ways but clearly emotional control and ability to make good decisions under pressure is a key quality in all players. And the white-hot pressure of a World Cup will be that."

Hartley said: "I am devastated with what has happened and the position I have put myself and the England team in.

"I would like to apologise to Jamie, Stuart, and my team mates both at Saints as well as England. What happened is not acceptable and I understand why this decision has been made."

The hooker was warned by Lancaster late last year over his disciplinary record, which has now seen him banned six times, missing 54 weeks of his career through suspensions for offences ranging from gouging and biting to abusing a referee.

Lancaster added: "We have invested a lot of time and effort in him - and to get the team to a place when we can get to the World Cup in the best shape possible. Losing one of our most experienced players at this point is hugely disappointing, whichever way you look at it.

"If we selected him in the World Cup squad, he would have played no competitive rugby at all and we would be left exposed with only two available hookers in what is a specialised position going into the Fiji game.

"All it would take is one injury to leave us massively exposed.

"In addition, the regulations also clearly state that in our squad we must have sufficient cover that is suitably trained and experienced in the front row in case of injury. This is clearly not the case if we begin the tournament with a suspended hooker and as such we have been left with no choice but to replace him."

The England coach has ruled Leicester centre Manu Tuilagi out of the World Cup following his conviction earlier this month for assaulting police officers.

But Lancaster, who is preparing for Sunday's game against the Barbarians at Twickenham, remains happy that his disciplinary message is getting through to his players.

"I'm 100 per cent confident in our group and I don't think any team will ever go through extended periods with no disciplinary problems whatsoever," he added.

"It will happen but you don't want it on a regular basis. When it does happen you deal with it, based on the circumstances. It is hugely disappointing but I don't think it is a reflection of any deeper problems."

Japan over Scotland and Italy over Ireland? Bold predictions there!

Yeah very bold, Ireland is ranked 3rd in the world atm and italy is like ranked 14 or something. Id put Ireland in with there with a good chance of winning the worldcup

Yeah I think if Italy do get through it would be at France's expense rather than Ireland's.