Forums - Sales Discussion - How much will Star Wars Battlefront sell? Trailer inside!!

How much will it sell LT?

UPDATED with a trailer


Edit: Soit doesn't have a campaign,  will definitely hurt it sales but I'll still wager 15m minimum across all platforms! ;)

I really think this game will blow everyones expectations in terms of sales and do 20m 15m+ LT  across its 3 platforms (PS4, X1, PC).
Reasons beings:

1.It will coincide with the most hyped cinema release this side of the decade and starwars the franchise will be supported by a bigger cross media compaign then any gaming franchise could manage. There is a new annualised film roll out: Episode VII 2015> Spin off  2016> VIII 2017> Spinoff 2018> IX 2019

2. Although Battlefront 1/2 were popular during the PS2 era (6m+), they were never able to capitalise on the competitive online or mature gaming shift that we saw in the industry with the arrival of the PS3 and 360. Also the stars films from that era weren't respected very much and there was oversaturation in Stargames releases in the first half of the 2000s.

3.It will appeal to casual gamers and core gamers alike. The Star wars fanbase is of course insanely huge and will cross a lot of age boundaries, after seeing the film kids are going to want to play battlefront. For people with a casual gaming interest (COD/Fifa) Starwars BF will the next biggest thing on the list, or for those who aren't so fond of FPS/military games, Starwars will have enough sci-fi, character and nolstagia to get them to give it a try whereas they would other skip games like COD/Battlefield

4.Although the official unvieling is 2moro, I'm going to go out on a limb and say this game will be one of the first third party game revealed to have the trunly next gen wow factor (ala The Order 1886, Ryse E3 reveal), something that has arguably been missing thus far.  This is something that will contribute to a lot of hype and entice a wider audience. Hopefully I'm not proven wrong when its revealed 2moro :p

My prediction is that game will be the biggest system seller of the generation thus far for any platform. As its launching during the holiday (rumoured for December) its hardware sales effects will be muted, because sales will already be close to their roof, but it will have a far more long term effect then say Destiny which provided PS4 with holiday level sales during september 2014 but did not go on to be a persistant seller ala Fifa/COD/GTA....

Edit: So its launching Novemeber 17 apparently

Also take into account that the combined userbase for the two consoles will be 45-50m by then, compared to 30m at the end of last year.

if its as good as EA and Dice are hyping it out to be. above 8 million.

5-7m across all platforms.

8-9M across the three platforms.

7-10 million LTD on all platforms.

Alot, as long as EA doesn't fuck up and let DICE finish the game 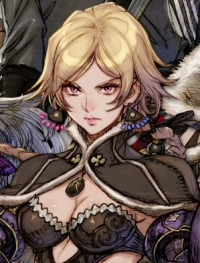 This perfectly sums up my feelings on it as well. I'm hoping Dragon Age Inqusition and Battlefield Hardline were an indicator of EA being willing to delay and finish games before actually releasing them. It massively damages their sales when they do otherwise. Battlefield 4 would of sold far more if they'd put the thing out in the state it is now.