Konami will forever be the kings of the arcade =D 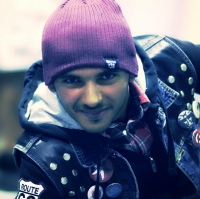 Snake is still the king of stealth. I hope Konami announce the release date this Wednesday according to the latest news. It's things like this that I just don't understand with this site. Official up to date sales have been given, this site, a video game sales site has incorrect sales for these games.

If they now have actual sales then why don't they bother to correct them?

Is it that difficult for a site that's supposed to revolve around game sales to up date figures to be somewhat accurate at least?

I was very shocked by the performance of The Twin Snakes when I first saw it.

I've noticed that stuff like remakes and remasters don't do so hot in Japan, unless its Pokémon or Dragon Quest, but even then TTS might be the worst selling remake of a notable title in Japan.

Its impressive and not in a good way.

Nobody answered my question. Why is Vgchartz leaving the game sales inaccuarte when they have accurate figures?

The site is not actively updated like it once was.

So in other words that's just a polite way of saying that they just can't be bothered.

There's a comment on the MGS4 page almost 3 years ago that says the game had sold 904k in Japan and they still haven't bothered to fix that in all that time?

Consistent sales, always hovering around ~1M. Curious to see the ration of Phantom Pain between PS3 and PS4.