Why? Will be the same as every other month this year.

I predict the PS4 shocks the world by winning August NPDs. 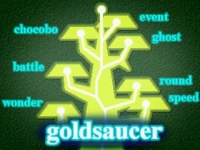 Mostly because of Patcher's prediction that was never realized on VGChartz... mainly due to no updates week of Madden.

Patcher predicts the Xbox One will be up because of free Madden and PS4 will be down.

VGChartz predicts that the world came to an end on August 23, just days before Madden came out.

Pachter is often way off on his NPD predictions and has been numerous times this year alone.

Madden just replaced the regular sku in sales, didn't bump it up much at all.

The endless waiting for creamsugar begins.