thank you sir,. you just made my day.

I think you mean the Kinect is a more marketable device and became a trend. Thats all you really had to say. Sony has not majorly tried to make motion gaming a phenomenon they just did it because they wanted to add to gaming and give consumers a choice. No need for a rant. Microsoft won the marketing war with a device Sony essentially brought to the market. As for using Sega channel as an excuse to discredit Sony for the same logical reasons you uphold the Kinect you're going to need to move further than that and use the Gameline from the Atari which was the first. Microsoft had no device to combat the Wii's phenomenon, so they took what they could get and invested into it. Much like Nintendo they needed outside help with tech for most of the things they do, much like they were the outside help for Sega when they needed help for online. Of course they wanted to do the same for Sony and Sony denied them so now they joined in gaming to stand in their way. I concede that in retrospect PSN Plus might not have been so innovative, but the fact that it offers discounts, themes avatars and more adds to what it does that others of its kind had never done in the past. Again, thats the same argument you're using for why the Kinect is so relevant.

I'm not discrediting ps+. It is just not a game craft innovation.  Eye toy was an innovation on ps2.  Kind of a weak one but it was a long time ago.  It was basically a reverse zapper.  It told the ps2 where things were and weren't in a 2D plane.  Microsoft made one that can tell the Xbox where things are in a 3D plane and do voice recognition.  I'll concede that kinect is a type of successor to eye toy.  it's just such an enormous leap that it's difficult to conceive.  Move is also a leap over wii remotes.  It just.. Well.. Lemme me put it this way.. Kinect improved something unpopular and made it more popular.. Move improved something popular and made it less popular.

I guess I'd say move and kinect are both innovative in their own respect and took ingenuity.  The difference IMO is, ms' motives were to create the first step toward a ms brand smart home and cannibalize the Wii market.  Sony's motives were to cannibalize the Wii market.  Nintendo's motives were to avoid competing in the clone war.  It's easy to see, under these conditions, ms would still create kinect regardless of wii or eye toy. Sony would not create move if not for Wii.  Nintendo would not create Wii if not for a war of attrition.  The moral is all gaming companies innovate thanks to strong competition, fearless leadership, and crafty engineers.  Kudos to the console war. 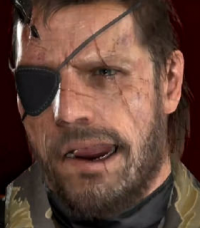 I agree with the bolded. It's a direct ripoff of the Eyetoy actually.

Sony didn't want to cannibalize anything and also cannibalization can only be accomplished by the one who created a product destroying another one of their products through the new iteration against said product. Sony had been working on a tracking device for the Eyetoy since 2004. They admitted a decade ago that lone camera gaming would lead to "mini-games" and not an actual experience through camera tracking hence the Kinects predicament and what always will be their predicament until they copy Sony again and make a hand held device like the Move or Wiimote. Look it up in the dev documentaries. Unlike MS Sony creates mostly creates their hardware and formats (much like they did for Nintendo). They had been doing motion gaming under the radar and it worked. Everyone knows Sony just creates and creates and never markets, which is a major flaw for the company. If Sony would've marketed the Eyetoy majorly (shutting down daytime and nightime television in America like Microsoft) in the early 2000's you probably would've seen greater than the Kinects marketing. The problem with Sony is they let the people decide when a product is hot and then get behind it and fund it. Microsoft does the opposite, if they believe in a product they fund the shit out of it before you even see it failure or not. Kinect might have sold well, but not for sustainable reasons. The Move PS Combo does what the Kinect sets out to do and more and Sony has known about the Kinects drawbacks since 2004 when they created the Eyetoy. Sure they want the profit, but who wouldnt especially when you put out the first major motion control camera before even the wii made the casual trend a marketable success. I believe Sony took from Nintendo for reasons of ergonomics, not tracking. They already had already been working on that a couple years before the Wii came out. It made the Wii look bad until the Wii Motion Plus came out because the Move had actual 1:1 tracking and the Wii did not. Much like the Vita, Sony makes the best tech, but they dont have the best games for that tech. The Kinect is the best version of the Eyetoy kin tech, and I admit it because its true, but with the Move I've played Killzone 3 without a major problem and that speaks volumes for anything i've ever done on the Wii or the Kinect. As i said, if you find the right games then it can see the technology through. It doesn't work the other way around.

The Kinect is a ripoff of the Eyetoy, just more powerful and just as limited when it comes to sideshow mini-gaming as the original Eyetoy was a decade ago. The only thing the Kinect has proven is that people like using the device for multimedia and animations and tracking can be accomplished better, not much else. When we talk about the concrete things that it does or it has the potential to do its still no different than a device that was on the market a decade ago. It just does it better and Sony called it long ago when they turned down Primesense before they went to MS.

if Sony had motion tracking (move) in development since 2004 I need to see evidence from before the wii became a success.  Otherwise it's just lies from Sony.  The kinect is kin to the eyetoy but it's not a rip off of it.  Microsoft didn't say, "man that eyetoy is such a phenomenal success!  Let's make one too."  they didn't capitalize on Sony's hands free fad.  They took a dead idea and gave it life, which is not the same as stealing IMO.