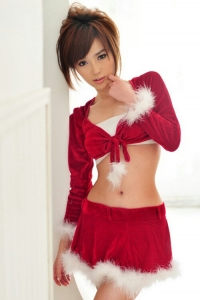 I played Knack twice, the first time on a straight up PS4 with a DualShock 4 controller, the second with my controller being a lightweight PS Vita 2000. The game looked like a mix of Ratchet & Clank meets a Pixar film. All of the basic cartoony platform/adventure staples were there; a double-jump, a dive kick, and some straight up punching.

The world was 3D, but being a platform adventure game, the path to victory was of course very linear. There was always a very straightforward “way to go,” and often cutoff points where backtracking would become impossible. That’s not to say you’re missing out on anything, though. The collectables in this demo version were some yellow crystals and spare parts. The former contributes to special attacks and HP, while the latter makes the character grow larger. They’re pretty much impossible to miss, unless you don’t see them. But if you see them, then you won’t need to backtrack. Just don’t miss them I guess. If you see them, you won’t miss them, but if you missed them, it means you probably saw them. The ones I saw, I got; if there were any I didn’t get, I must not have seen them. Okay I’ll stop this now. ;)

In the outdoor areas, I was only a big monster who was getting bigger. The point of the demo seemed very much to give a sample of the combat while more importantly showing off the next-gen visuals and colorful world of Knack. Given my small move set (three-punch combo, jumping dive attack, defensive side-step), combat honestly got boring after 5 or 10 minutes, due to being very samey the whole time. But, keep in mind, this is a demo.

After an outdoor area in which my character smashed a whole mess of trolls and grew to the size of a garage in the process, I was taken indoors, where my character was guiding humans through a museum. With the touch of a button, I’d switch back and forth between my big, battle-ready form and my smaller, more agile, switch-flipping form. There weren’t any puzzles in the demo, but again, demos are usually kept very easy so that people will write good things about them or leave feeling like they wanna buy something (sad, but it’s true). What the demo DID have was some potential for puzzles, as there were switches in different places and even a path that was ALMOST hidden. Possibilities for intriguing indoor gameplay definitely exist, and hopefully the final version takes advantage of them.

In all, I played outside on a street twice (in size large and size extra large), inside a museum, and inside an ice cave; the last one had the token slippery floors that we’ve come to expect.

Here is an off-screen video of someone playing the standard way:

Remote play with the Vita 2000 worked well. The new Vita’s LCD screen displayed exactly what was on the TV, and at no point did my movements feel slowed down; the user experience was largely the same as it was with the DualShock 4 in my hands. I looked down and made myself use the Vita as my screen a number of times, but naturally, my eyes always wandered back towards the TV. The Vita’s screen wasn’t necessarily bad, but compared to a larger, 1080p HDTV right in front of me, well, there was going to be an obvious difference.

I couldn’t really spot much of a point to using the Vita as a PS4 controller in this game, though with its touchscreen being able to display imagery and being so much larger than the DualShock 4′s touchpad, the potential is certainly there for other games. As it was with the Knack demo, however, the only real point was to show me that the hardware function WORKED. And it did. Obviously there was less detail on the Vita screen (and I can’t help but wonder how it would look with OLED), but it achieved its goal of working, and just as importantly, working without lag, even on a showfloor with however many other controllers, phones, and computers being used all over the place.

Here’s a video of someone using the remote play with a Vita:

(The lighting didn’t provide the best video quality for someone without a pro camera crew. Not the best vid in the world, but you can see the devices are right there live and working together perfectly.)

Sony was careful to remind me that you can’t use the Vita to play Knack away from your home, however. The two both attendants whispered back and forth and had trouble agreeing on something at first, so please take this with that in mind. (Sony is often very confused about its own products at TGS.) They said that as long as you maintain your Wi-Fi connection, you’re good. But the minute you lose the internet connection on your Vita or PS4, or the minute your PS4 is turned off or Vita goes to sleep, it’s over (according to the Sony representatives giving me this press tour).

Knack is colorful, good-looking, and its demo showed that it might also end up being fun. Look for it alongside the PS4 when it releases this November in North America and Europe; February in Japan. 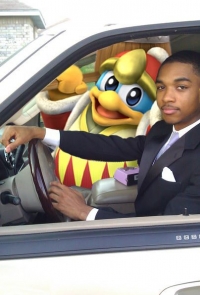 Remote play is looking good.
i still don't understand what's so good about Knack, it looks so... generic. Is an action aventure plattaformer and we need this kind of games, todays games most of them are just shooting and killing with buckets of blood.

good to hear about remote play.

...what i want to know is if my wife can be watching netflix and i can remote play my game? i haven't heard anything definitive on that although i'll guess the answer is no.

It might be possible for them to add it later though.  Right now, you'd have to get another device for streaming and have the PS4 used for remote play.

As big as a Sony fan I am, Knack looks pretty generic and boring lol. But should be a decent launch platform game aimed for the casual/family audience.

"it achieved its goal of working, and just as importantly, working without lag, even on a showfloor with however many other controllers, phones, and computers being used all over the place."

Wait, so it wasn't hardwired into the PS4? No lag even with WiFi? If that's true, then awesome.

If you also have a PS Vita TV also, she can watch Netflix on it while your PS4 remote plays in you PS Vita device