I'll say a few things that are controversial just to play a bit of a devils advocate.

GPU mining is in a situation where it's sort of a risk free investment for majority of miners. The math is more or less there as to how many days it will take until they get their ROI back and even if they do or don't, GPUs can be sold at a profit or at worst case, slight loss. Like for example, with my mining with one 3080, I was able to make 3x the return from it's original value that I bought it for. And don't even let it mine all that much. Only really when I am working and during coldish days (Granted in Canada, that's 9/12 months lol). Now imagine someone that has a bunch of GPUs that are mining 24/7.

The trick isn't to cash out only when you have enough to get rich, the trick is to cash out once you have reached your return on investment and then the rest is profit. Typically with a 3080, that's about 4 months of consistent mining if the crypto market stays the same which for my case, the value went up so it took less time. Then once you cash out and the rest is profit. Even if Crypto market dies at that point and you sell a 3080 for $300, you will make $300 profit. Now I am not saying buy GPUs and start mining right now but if you time it correctly, you should be profitable.

I do think at some point, governments will do something about it but it's hard to tell exactly what. Like we see China, India, Russia etc all ban crypto but the reality is, this isn't the first time they "banned" crypto. The issue is that they only "ban" it when it becomes a problem and then once crypto goes back to reasonable levels, they loosen it up. And a lot of governments like US/Canadian and etc are looking to more so regulate it then ban it completely.

Personally I do think crypto is here to stay and I don't mind mining... But I don't like when people buy GPU in droves to mine. I think mining with one GPU as a form of side income is fine because it's one of many benefits of owning a PC. Using it to play games is great but when it's not playing games, may as well use it to make money so I can buy more stuff. But it's when people start buying them in droves is when I raise my fist but sadly, is it what it is.

PSA: Don't play Dark Souls 3 until a new remote code execution vulnerability is patched
https://www.pcgamer.com/psa-dont-play-dark-souls-3-until-a-new-remote-code-execution-vulnerability-is-patched/
This new security vulnerability in Dark Souls 3, as outlined on Twitter by user @SkeleMann and in multiple threads, including one pinned by moderators, on the Dark Souls 3 subreddit, seems to operate on the level of full-on malware and could pose a serious risk to anyone playing the game in its online mode. The well-respected Blue Sentinel mod, which has been able to counteract similar, if less serious vulnerabilities in the past, has just been updated to address the issue as of this afternoon.

Such bad timing too lol

It affects all of the Souls games unfortunately.

I had installed DS2 yesterday and was planning to play with a buddy of mine.

Though there's a fan patch out there now, still gonna wait it out just to be safe. 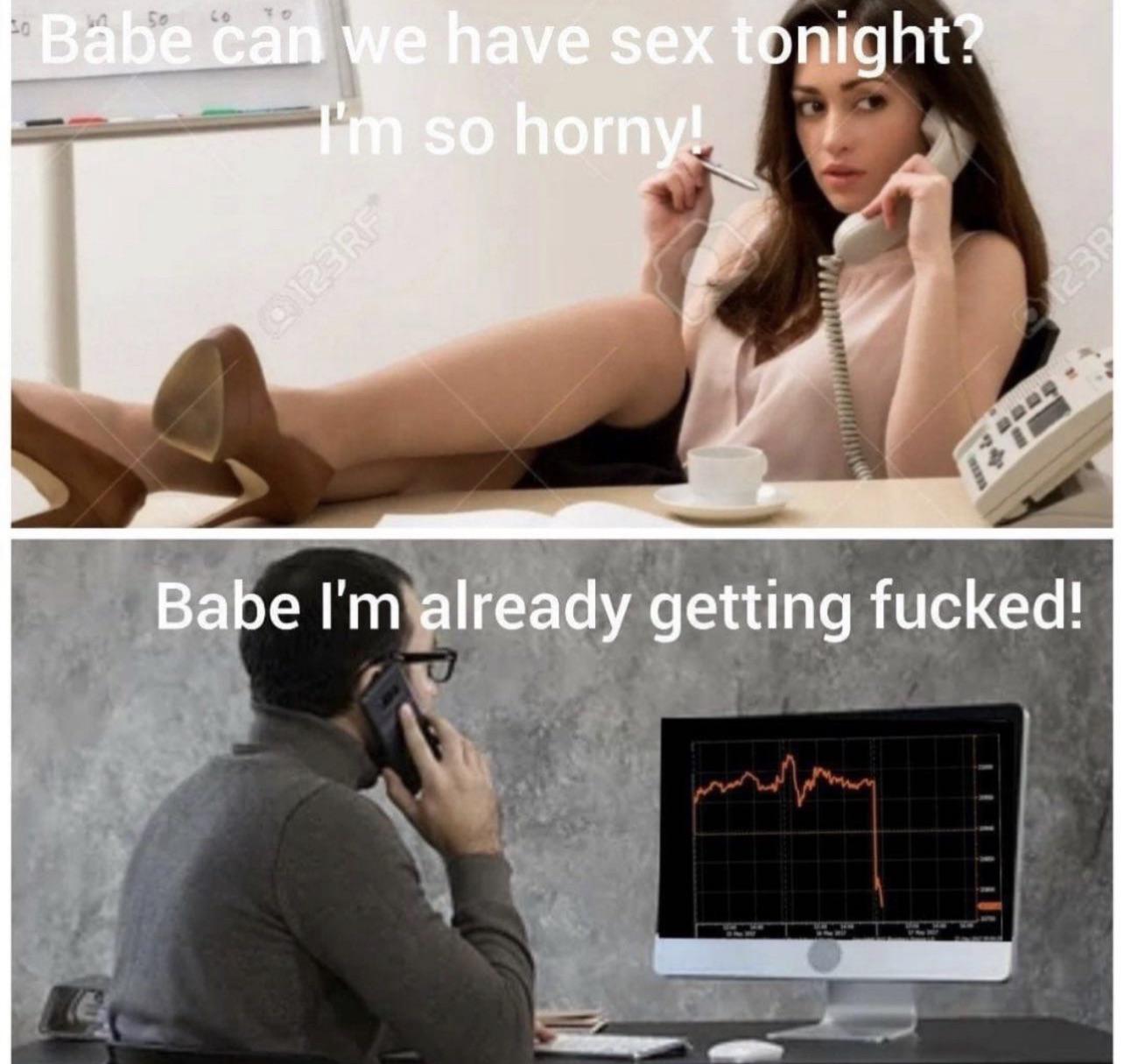 Good morning, guys. Here's something to improve this Monday:

The giveaway is structured in a series of raffles, one dedicated to each game. You'll be able to join in from now until next Sunday when the contests will close and we'll randomly select the winners, two for each raffle.

God of War has reportedly sold at least 1 million copies on PC
https://www.dsogaming.com/news/god-of-war-has-reportedly-sold-at-least-1-million-copies-on-pc/
God of War came out on PC on January 14th and from the looks of it, this latest Playstation-exclusive game is selling well on our platform. The game has been the best-selling title on Steam in the past two weeks and according to SteamSpy, it has sold at least one million copies.
Right now, SteamSpy estimates that the game has sold between one and two million copies. Do note that SteamSpy only shows estimates for a game’s sales (based on the number of players who own a game). Also note that SteamSpy only tracks public profiles, meaning that those with private profiles (that own the game) are not counted. Therefore, and theoretically, the actual PC sales may be higher than one million. Let’s also not forget that God of War is available via other PC digital services, like Epic Games Store.

Steam has a new daily deal: Intravenous is 30% off: https://store.steampowered.com/app/1486630/Intravenous/.

While the Humble Store is busy with its Winter Sale, there's a new Humble Bundle: The Indie Houses Bundle, with up to 12 games to get during the next 11 days: https://www.humblebundle.com/games/indie-houses-bundle

And Fanatical has several new sales:

Steam sets a new record of concurrent players in less than a month
https://www.dsogaming.com/news/in-less-than-a-month-steam-sets-a-new-record-of-concurrent-players/
On January 9th, Steam set a new record with 28 million concurrent players. And, in less than a month, Valve’s service was able to break that record and set a new one.
Earlier today, Steam had 29,201,174 players online at the same time. As such, we can safely assume that Valve’s service will surpass the 30 million goal in 2022.

First-Person Mod released for Tom Clancy’s Ghost Recon: Wildlands
https://www.dsogaming.com/mods/first-person-mod-released-for-tom-clancys-ghost-recon-wildlands/
Modder ‘Dudes With Keyboards’ (also known as Tavreth) has released an amazing first-person mod for Tom Clancy’s Ghost Recon: Wildlands. As its title suggests, this mod allows you to play the entire game with a first-person camera perspective.
Alongside the first-person viewpoint, this mod also adds some other features. For instance, it allows you to lean while ads (by using the swap camera button). It also removes the “out of bounds” functionality, and adds a super accuracy mode. Furthermore, it adds a Rent-a-Gun function, allowing players to use locked weapons. Additionally, it brings a Super Ping and a Decryptor.
You can download this first-person mod from here. We highly recommend reading its installation instructions, though, as you’ll have to replace the Anticheat DLL file.

This Final Fantasy 7 Remake Mod aims to improve over 530 NPCs faces
https://www.dsogaming.com/mods/this-final-fantasy-7-remake-mod-aims-to-improve-over-530-npcs-faces/
Modder ‘SamsamTS’ has released a new mod for Final Fantasy 7 Remake Intergrade that aims to improve the faces of over 530 NPCs.
As the modder noted, the NPCs have a sickly veiny look to them by default. Thus, SamsamTS went ahead and modified over 530 textures in order to enhance them. Furthermore, the modder also took the time to restore 80 NPCs faces from the PS4 version, which were much better than the PS5/PC versions.
>> You'll find it at Nexus Mods.

Stardew Valley mod adds farming bots
https://www.pcgamer.com/uk/stardew-valley-mod-adds-farming-bots/
When my daughter began playing Stardew Valley, she hit upon a brilliant wheeze. I'd been guiding her through the game's early stages and demonstrating some of the farming mechanics, but what she was interested in was the town stuff and decorating her house. So: She would play on her own, then come to me with a list of things she wanted in the game, at which point I had to grind to get her enough money. Bit like real life really.
It can be quite freeing, I imagine, to just shunt all the busywork onto another party. Now anyone can enjoy that feeling of having a drone do all the work for you: After all, when you've planted one parsnip, you've planted them all. The Farmtronics mod, created by one Joe Strout, does exactly that: This adds a computer to your house, on which you can use simple scripting commands to, essentially, build the farming equivalent of Skynet.

These prototypes of Horizon Zero Dawn look absolutely incredible
https://www.dsogaming.com/videotrailer-news/these-prototypes-of-horizon-zero-dawn-look-absolutely-incredible/
YouTube’s ‘Nixian’ has shared two videos, showcasing the evolution of Horizon Zero Dawn. These videos feature every build of the game, from its 2011/2012 prototypes to its final version. And, to be honest, I absolutely love this kind of videos.

Raven QA strike ends, at least for now
https://www.pcgamer.com/uk/raven-qa-strike-ends-at-least-for-now/
Following the formation of a new union by Raven Software QA workers last week, the established employee advocacy group at Activision-Blizzard, A Better ABK, has announced the end of Raven QA's nearly two month-long strike, at least for the time being.

Watch Dogs: Legion will not receive any more updates
https://www.pcgamer.com/uk/watch-dogs-legion-will-not-receive-any-more-updates/
Ubisoft has announced that Watch Dogs: Legion's 5.6 update will be its last via a post on the game's official website.
The announcement follows a year and three months of updates for Legion, including new multiplayer modes, characters, and the story DLC, Bloodline, featuring everyone's favorite grumpy hacker Chicagoan, Aiden Pearce.

Yakuza creator announces new studio where 'the scale of the game will be bigger'
https://www.pcgamer.com/uk/yakuza-creator-announces-new-studio-where-the-scale-of-the-game-will-be-bigger/
Toshihiro Nagoshi, the veteran designer whose career began with Daytona USA before latterly focusing on the Yakuza series, left Sega in February 2021. Industry scuttlebutt at the time was that Nagoshi was joining the Chinese tech giant NetEase, news confirmed today with the announcement of his new venture: Nagoshi Studio.

US court permabans Roblox troll who made 'terrorist threats'
https://www.pcgamer.com/uk/us-court-permabans-roblox-troll-who-made-terrorist-threats/
Last November we reported on the Roblox Corporation suing a longtime thorn in its side: one Benjamin Robert Simon, known online as Ruben Sim, who made controversial content on and about the platform for many years. The suit alleged Simon "commits and encourages unlawful acts designed to injure Roblox and its users" while seeking $1.6 million in damages.
(...)
A US District Court in the Northern District of California has now passed judgement on the case and Simon, already banned from Roblox by its developer, is now banned from Roblox by court order (thanks, Ars Technica).
>> I wonder what kind of punishment he would face if he plays trying to play the game.

Not quite back to Summer 2021 levels let alone 2020 MSRP but it's a sign. I think the panic sell is based on Feds/new upcoming announcements as coin holders would rather sell now and rebuy if necessary than hold and get screwed if something bad happens. Hopefully crypto will stay low but we will see.

While looking good... We will see whether or not Intel has missed the boat by the time it comes out

In other news, the stonk and crypto market recently though. All that money printed, inflation in the name of saving stock market. Most have hit pre pandemic levels.

^Yeah, if they keep delaying them they'll end in a very tough situation, even if neither AMD nor Nvidia launch their mainstream/middle level cards until next year.

And let's hope the current crypto crash last for a while longer so that current cards drop to MSRP prices and the next ones launch at those same levels. That would be great.