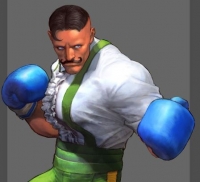 Yeh but not an actual advert, i am dissapointed watched the final for nothing ;)

its so sad. i really wanted dortmund to win, it would have been a great "underdog" winning story. though, bayren did deserve it. amazing game overall. the best CL final since that amazing liverpool vs milan final

don't like bayern but they were the best team in europe this season.
good game,good goalies,(ignoring that 3red cards had to be given to ribery,dante,lewandowski)the referee was also good

I wouldnt call it the best since liverpool ac milan. The first half was really good, 2nd half wasnt really good.

2006 - barca VS arsenal - really good game, but i felt this one was better, that one was mostly one sided after the red card.

2007-  milan VS liverpool - one of the most boring matches i ever seen honestly, it was really bad

2009- Barca VS Man Utd - very good match, but it was extremely one sided

of course, this is my opinion. but i feel this game was just fantastic

I had money on Bayern, so I'm happy.  I also had a lot of side bets with my coworkers involving the German teams vs. the Spanish teams.

Dortmund dominated first half but i don't think they've had what it takes to win, i knew it when Real Madrid playing nowhere near good almost pulled them out of the final, they where lucky against Malaga anyway, not that they're bad or didn't deserve it but is a very young group and i think those ''little things'' they haven't mastered yet matter in the end, this game was very very similar to the game in Madrid, they dominated most of the match yet lost in the end just like today.

but hey, they're vice-champions of the champions league, thats something.