Forums - Microsoft Discussion - Why Microsoft WHY?

A better question would be to ask why they went for the high high end this time by requiring kinect and thus upping the purchase price, using a high end cloud processing scheme which will no doubt make xbl more expensive, and requiring users to get a sent internet plan in the first place, which further adds to the cost and has been the reason mentioned as to why many wont get the xbix this time around. But you're fretting over the name?+++??? This dont compute, man

It's starting over from the 360. Fresh, appealing, perfection.

Xbox One hints that the Xbox is going to win (hence one or won). This way instead of saying Xbox 720 won, you can simply say Xbox One/won. Simpler, easier, and better, much like the system itself is.

It's a sign to HTC that MS is going to buy them so they can have quality, exclusive Windows phones that are named HTC One (and essentially ending the android version of the HTC One).

The number one is the first positive number. They want to show that before anything else, there must be one.

They want to show the world that they are the number one in everything ever. 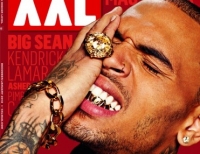 I couldn't help,but laugh at this.

Should have called it Xbox All

I personally felt it should have been Xbox Done.

Nah I think Xbox One stands for the yearly exclusive releases for it.

Ryse and Quantum Break are already confirmed with another 15 on the way. So..

Well, let's just say that Microsoft is easier to persuade than you would think.