2 is the correct answer.

Seriously, I've never understood the hate Sons of Liberty had across the globe. The only thing people complained and cried was how the main character was not Snake (I bet having put someone looking similar to Snake instead of Raiden would have made people liking the game more); yet everything in this game was astonishing. The gameplay was awesome, and it was a great evolution since the first entry in the franchise.

Possibly, my two only complains with this game are Emma Emmerich and the VR missions, which weren't as interesting as those in MGS1.

MGS2 for sure, it was more than a video game and its story is more relevant now than ever. MGS3 and MGS4 felt a like a cop out by Kojima but I do love them all.

MGS2 by far. Well, not by far because MGS1 comes quite close but MGS2 still wins. It may have slightly too much focus on story but other than that, it's brilliant in almost every way. I do dislike the later parts of the game because they are so linear and have some annoying sections but overall, it's not a big deal. MGS2 has everything good that MGS1 has but does it better.

And why not the other games? Well, MGS3 is a great game but it feels very detached from the rest of the series and it has some serious camera problems. It's pretty bad combined with the lack of radar. And while the Subsistence version fixed camera trouble, it didn't fix the controls. The control worked perfectly with the old camera angle but not so much with the new one. Also, just a minor complaint but the bosses weren't as interesting as in the first two games.

Why not MGS4? Oh, I could write a lot about it and not be done with it. The story is just messed up, full of nanomachines and unnecessary fan 'service'. It's like Kojima mashed in everything he could and then tried to make it work as best as he could. Well, he didn't succeed very well. Aside from bad story, the games suffers from boring bosses (both personality-wise and the boss fights), action-heavy gameplay, and the latter half of the game is kinda boring and linear and offer no real gameplay value. Act III is just boring, Act IV is plagued by boring enemies (I hate those scarabs), and Act V is too short and too linear.

As for Portable Ops, I haven't really played it much due to awful camera and control problems. It's just that bad, even if the rest of the game is good. (I don't know if it is.)

I haven't completed Peace Walker yet but it certainly seems like a lot of fun. However, playing the game is constantly interrupted by base-building which is annoying, because I really like both the gameplay and the base-building but they just don't fit very well together. I imagine it's all good for handheld gaming sessions where you might not have more than ten to fifteen minutes or maybe even less... But when I try to play it for a longer time, constant interruptions really do a lot of harm to my experience.

So yeah, there you go. I skipped MG1 and MG2 because I haven't played them, and I also haven't played the Ac!d games nor have I played the GBC game. As for MGS1 and MGS2, unlike other games in the series, I can't really say much bad about those two. MGS1 is by far the most balanced experience but it suffers from old age a bit. MGS2 does too, but not nearly as much, and it's almost as balanced, if a bit story-heavy. 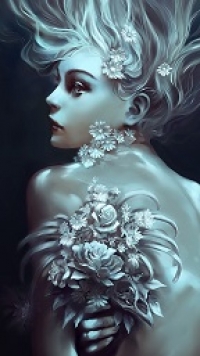 Either MGS or MGS2 for me. I chose the original because it blew my mind when I first played in on the PlayStation. I enjoyed the 2nd game quite a bit, but I didn't feel the same amazement I felt playing the original.

MGS4 is my favorite game of all time