J.J. Abrams will direct the next "Star Wars" film for Disney, taking stewardship of one of Hollywood's most iconic and lucrative film franchises, an individual with knowledge of the production told TheWrap.

"Argo" director Ben Affleck was also in contention, another individual with knowledge of the talks told TheWrap.

Ever since Disney bought Lucasfilm last year and announced it would make new "Star Wars" films, fans, members of the media and industry executives have speculated about which director would take the job. Abrams' name always came up, but he told Entertainment Weekly in November that he wasn't going to take the job.

He did say "Star Wars" was the first movie that "blew my mind" in terms of special effects.

Lucasfilm Chief Kathleen Kennedy has been courting Abrams, one of the most successful directors and producers in Hollywood -- and a man beloved by fanboys. He runs one of the industry's top production companies, Bad Robot, and created or co-created television franchises like "Lost," "Fringe" and "Alias." He has also directed film spectacles "Mission: Impossible III," "Star Trek" and "Super 8."

The lure of the Jedi was too strong, and it will no doubt complicate his relationship with Paramount, where Bad Robot is a top supplier. Abrams has been feverishly working on "Star Trek Into Darkness," his second Star Trek film since he rebooted the franchise in 2009. "Into Darkness," still in post-production, opens May 18.

Though he has several producing jobs in front of him, Abrams had been uncommitted as a director. He will have to jump right into "Star Wars," which Disney has slated for a 2015 release. "Little Miss Sunshine" screenwriter Michael Arndt is penning the script.

Reached by TheWrap, Lynne Hale, spokeswoman for Lucasfilm, declined to comment immediately. Neither CAA, which represents Abrams, nor Bad Robot immediately responded to requests for comment.

He has finished the new Star Trek movie and might past the 3rd on to another Director. Just like Singer did with X-Men

And we all know how that turned out. Well, at least he's returning for the sequel to First Class, right? That should be good.

I wish Abrams could direct future ST films as well, but you're right, it is a bit unlikely. Has any director out there has been able to direct two entirely seperate blockbuster films that released within a year of eachother? That's a feat that not even the great Micheal Bay could pull off.

I actually really liked th 3rd X-Men movie, but I understand why someone would hate it.  But first class was awesome and I don´t why Singer should return. I mean the last two movies he made we where very bad mildly said.

And I am sure the Star Trek guys will find a worthy replacement. 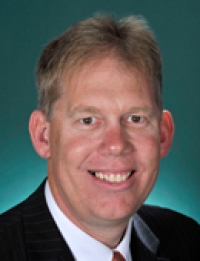 It's dead to me. I don't care when the next Star Wars movie comes out at all, and I'll only watch it if I'm bored.

Having said that, I think Abrams best movie, is the Star Trek reboot, so I might have to eat some crow in the future :)

lol, I'm only kidding. I'm not gonna lie, though, I did watch all three Transformers films, and I'd watch a fourth too.

Anyway,  I don't think X2 was a bad film, it just didn't live up to X2, which was amazing. It was still better than the first film, though.

I watched all three aswell. I never go into his movies expecting much though, especially for the story of the film.