Square Enix has no plans to localize Bravely Default: Flying Fairy (and some more footage)

In an interview, Tomoya Asano of Square Enix has said they have no plans to localize Bravely Default: Flying Fairy. And while this might seem a bit disappointing, not all is lost just yet as Asano did tell fans to, “keep talking about it on Facebook and Twitter, and keep watching for new info from [them].” So it does sound that plans could change. For now, check after the break for over five minutes of footage from the game.

Another thread with more about Bravely Default: Flying Fairy

Do you think this game will get an overseas release someday?

1 year from now and we don't hear a thing then it's the time to worry.
Right now... yes, I think it'll come. Reception by media and the internet in general has been superb and that's the only metric we have. More than that, and its pure speculation.

He also said "yet" a very important word :)

One of the 3DS’ most interesting-looking RPGs is Bravely Default: Flying Fairy. As far as we know, this is a Japanese-only release.

Square Enix hasn’t announced any overseas plans at this time, but producer Tomoya Asano did offer a small bit of hope in a new interview.

“I know that we don’t have plans to bring the game over to America yet, but thank you for your interest in the game. Keep talking about it on Facebook and Twitter, and keep watching for new info from us!”

Maybe I’m looking into that “yet” part too much. I really can’t see Square Enix keeping Bravely Default in Japan though – especially if it sells well in Japan.

I'm confident it will and I'll have it day 1. 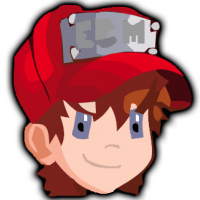 It'll come here even if it ends up being published, a la Dragon Quest, by Nintendo.