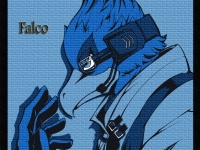 This guy is trying to hard.


I'm an advocate for motion controls, Nintendo, and Kicking freaking Toad to the Moon!

Ah, I remember when Nintendo turned third party when the gamecube failed and the PSP was coming... dark times...

That did happen right? I mean, all the media said it!

The author used to be a writer for GameZone. He is now with a business siite called "Bezinga"

His bio: You might not think that an everyday 12-year-old (whose sole inspiration for writing was the TV series Friends) would grow up to become a staff writer and senior tech analyst for a news media company. But after realizing my true calling at the age of 14, after discovering the joy of journalism in the following years, and after landing my first freelance gig at the age of 17, it isn’t all that surprising where I wound up.

Based upon his comment on Friends, he is somewhere between 20 and 30 years of age and his picture places him closer to the lower edge of that range.

That all being said, his note about Nintendo's stock not doing well today in Japan is correct.

LOL! Thanks for summing up what I think of this whole article!

Just... so stupid... it reminds me of some people on here. 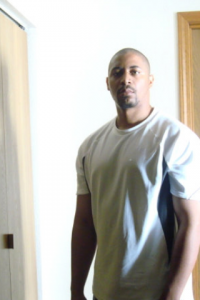 I think many people "gives (sic) a fuck"! Why can't a random guy or a big company have an opinion...just like you have? You think you are the only ones that care about gaming and the industry as a whole? You children crack me up with your whining and need for "expert" opinions!?! Who exactly is an unbiased expert? Why can't we as consumers just shut the fuck up if someone has an opinion? Aren't you expressing one too? Why not express why someone else's is wrong or the subject matter at hand, or even why whatever game company has it right. I'm sorry, attacking Forbes' credibility from you is like trying to stop a freight train by throwing rocks at it.


Just because you chose to quote a famous dead person does not mean that you are some type of intellect nor does it mean that the quote in question is correct.

So did he fall asleep while Paper Mario was shown? I lold when he finished saying we don't want the same old thing with more 2D Mario, we want brand new Mario kart instead.

I stopped reading when he said Wii Fit wasn't a system seller. Shows how much he knows.