Software numbers  change all the times. Vgchartz has been very good lately with numbers, but there are few things I expect changes.

You really don't get it do you. The 360 has been at $199 for many years now, past what is normally a peak for a console (actually way past it) so for it to be almost flat in its 6th year (3rd year at the same price) and to not have the buzz of Kinect launch, yes, that is amazing. I know exactly what happens to a console when it goes $199. Do you know what normally happens to a console 3 years AFTER it's gone $199? obviously not seen as you're not surprised by its sales.

Not really looking at MW3 difference between PS3 and 360, i will like to know breakdown by country to see where did 360 sell anywhere near 43% of PS3 MW3. The only region where there might bt 50/50 share will be NZ and Australia. In rest of the EMEEA PS3 COD easly outsell 360 one by 70-80%, remember im talking about countries other then UK since we already know how much it sold there.

Black Ops was adjusted up last year, so if we are wrong, yes they will be adjusted. People need to stop getting their knickers in a twist. 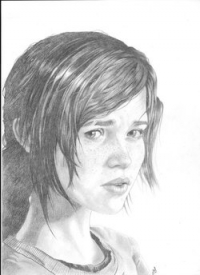 Will it still be impressive when PS3 wins 2011?

IMO based on the number of online players I think MW3 is under tracked on the PS3.

It's very hard to get those numbers. I just don't see how MW3 is so close in Others, it makes no sense.

But we already have enough figures from past to know that 360 version doesnt sell close to PS3 in EMEEA. In France MW2 first week share was 37 for 360 and 30% for Blops, PS3 is keep outselling 360 so share might be even lower for MW3. Similar figures in Spain where Blops share was just 18% for 360 version till the end of 2010. Cant say anything about Skyrim since its possible in EMEEA both are closer to each other but we have enough evidence its not the case in for COD.

The only thing that doesn't make sense is how you lot seem to think this is 100% wrong. As if the bundles on 360 did nothing and that Modern Warfare COD games sell better (ratio wise) on 360 than Treyach ones ... you're all squabbling over 160k with those two facts in mind?

I'm sure you know you're talking to blind PS3 fanboys by now right? :p  Of course those facts mean nothing.  Facts?  Please.  We're basing this on PS3 love.  And by we, I mean them.  I'm sure the numbers will revert more towards PS3 for the game once the MW3 bundles are mostly gone.