Forums - Movies Discussion - How much does sexual scenes actually add to movies?

Alright so when I was younger like in my early teens nudity and sexual content in movies did draw me into films. I'll say that was because the fact I had no uncensored access to the internet, no access to adult material of any kind and at the time was maturing and as such way more hormonal. Over the years how ever nudity in movies is less and less a draw in fact right now pointless nudity is actually a turn off for me when going to see a film.

So this got me wondering does nudity actually improve a movie? Sure it makes it easier to market and has shock value that helps draw in horny youth. I understand its value in the marketing sense everybody saw what Heph did with Marilyn Monroe and how getting famous celebrities to undress drew in millions upon millions. I see movies like say Mechete and the scene with Jessica Alba pretty much nude typing on her laptop in the shower or Lindsey Lohan's character showing boobs, what did either scene do to improve plot, character development or any aspect of the movie other then marketability?

Now I know in some movies like Van Wilder has a scene with Tara Reid in which the sex scene actually brings across the message that she isn't satisfied with sex with her boyfriend, it shows his selfish behavior and actually adds to the character development. Other movies like the recent Straw Dogs depict Rape scenes which cause a viewer to feel more for the victim's character the actual viewing of the act stirs up emotions and builds empathy towards the character. It helps put the viewer in an emotional state where they feel closer to the character then if the scene wasn't in the film and the word rape was just mentioned.

But many movies why is there sexual content. Say a show is about a guy and girl living together or dating we all know sex is most likely happening unless the character is a devout religious person. So where is the purpose in putting a sex scene in the film?

Have you noticed since you grew up that sex scenes and nudity are being thrown around like nuts and in many cases for no reason other then shock value and marketing. As far as marketing goes it works for children but most adults don't need to go to a movie to see sexual stuff they have girl friends/boy friends, husbands/wives and the few suckers like myself who don't have access to unlimited sexual content at the click of a finger completely free. I don't go to a movie to be turned on I go for the plot and character development.

How much do sexual scenes actually add to a film is there any redeeming quality to throwing in a sex scene or nude scene when it doesn't add to the character development or plot? Can a sexual scene actually make a bad movie good and how so?

Sorry, but I just don't have much to add to the discussion.

They add absolutely nothing to the movie and I generally fast forward them if I was watching it at home on my VCR or DVD/Blu-Ray Player. 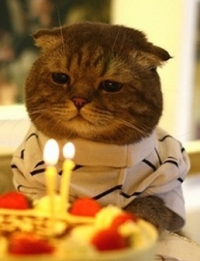 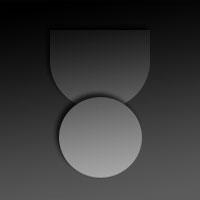 How can people know any better if they see TV and movies showing it is ok to be a rapist or a low life criminal scum bag?

It is time to bring back morality, respect, discipline to educate people and put them on the right path to living productive lives. Family breakdowns and divorce rates of 40% to 60%+ is totally unacceptable. Too many children are growing up without boundaries and being educated by TV/Movies are usually offspring of single mothers.