As a PSP Go owner i found the button layout to be comfortable and if you have small hands then im sure you'll like it.  I like how the volume control and screen brightness button are on top inbetween the shoulder buttons so its easy to adjust those settings just by simply extending your index finger slightly.

I really enjoy playing my PSP Go on the big screen using my PS3 DS3 controller time to time.  If you would like to as well and have a DS3 controller, get the PSP Go station dock along with the component wire and the original PSP-1000/2000/3000 power adapter.  PSP Go accessories should be alot cheaper now as stores are trying to get rid of them.

Games that werent mentioned you should get: God of war series =P

" get the PSP Go station dock "

Ive never seen this, does this allow you to charge and to ouput to the TV at the same time?

Like some kind of passthrough port for the PSPGO? 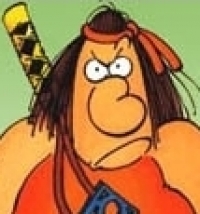 I have the Go. I bought the same deal - 10 free downloads. It's one of the best handhelds I've ever had the opportunity to hold and the RPG master of all consoles in the last 18 months. One thing - avoid the EU store at all costs if you love your RPGs. The US store is where all new releases seem to go at prices that are much cheaper. Set yourself up a US account, buy your cards from www.pcgamesupply.com (used them for 3 years now - excellent) and enjoy the RPG goodness. You can switch activated accounts in Account management from your EU and US accounts.

The only bad thing is that not all top level releases appeared as a download, although this hasn't been a problem for the majority of releases. Notably, Kingdom Hearts: Birth by Sleep, Star Ocean 1 and 2, Final Fantasy Tactics: War of the Lions, Crisis Core and Valkyrie Profile are missing. With the NGP coming, I'd suspect these will get added eventually, especially considering Square's recent love of PSN releases.

1. All downloads are tied to your PSN ID. You can use it on up to 5 registered devices, so your PSP-3000 and your Go make 2. Free downloads are simply tagged as "bought" in the store download list and operate the same way as any other purchase.

2.The Go button layout is great for people with smaller hands. The button themselves are little too loud on the click, but thats just personal taste.

3. You use a program called Media Go on your PC. Never d/l straight to the device using wireless. It's still very easy to use and quite quick - a little like iTunes. It also backs up your games for transfer later. Given that I own over 50Gb games, I pick and choose which ones to remove and play.

4. Games?? So many hidden gems when talking about the PSP. If you love RPGs, these are musts:

Games in other genres that are excellent:
PS1 classics you simply must play on the PSP
And yes, every single one of these will be playable on the NGP when it comes.

i have seen the same deal for 99€ and i will buy it on monday too. what i cant figure out is you said i can have my psn id linked to 5 psps. so i can buy games from my us account and from my european account an transfer them from my ps3 to the psp? otherwise can i use my eu psp to get the 10 free games from the us store? i also have some ps1 games on my european and us account can i transfer them to the psp?

I don't have a PSP Go so I don't have any hands-on experience with this but I know that they have CFW for both PSP Go and newer PSP-3000 models now (I've tried it with my Peacewalker Green PSP-3000, which were out less than a year ago). That should allow you to play those UMD-exclusive games I would think. After all, a PSP go is still a PSP. It's just a redesign without a UMD drive, a smaller screen and different form factor. Of course this solution is illegal. lol.

If you are not comfortable with experimenting with that uh "workaround" then you have to make a decision as to how important those UMD-exclusive PSP games are to you (Crisis Core is one of them btw).

In addition to the games already mentioned, I'd also like to recommend Dungeon Siege: Throne of Agony if you like Diablo-esque hack n slash loot fest games. I mostly play jrpgs on the PSP so having a Diablo-like wrpg to play was a nice change of pace. This game is a UMD exclusive though. The other ones I liked thus far were already mentioned I believe (Persona 3 Portable, Lunar: Silver Star Harmony, Crisis Core, Jeanne d'Arc). If you want to count PSN-exclusives, there's Cladun: This is an RPG. It's like a Japanese roguelike dungeon crawler but in real-time and it has that 8-bit charm to it. I just skimmed through the thread so I don't recall it being mentioned.

Thanks for all the suggestions, guys. I'm gonna have loads of fun with my purchase it seems

Only downturn: PSN is still down, right? I wonder if there is anything planned for people like me who bought their PSP Go during the "downtime" - considering I won't be able to play any games for whatever time the store will be down.

The 10 free game voucher more than likely will only work on the EU PS Store.

In general it is not very confusing.  When you download games (from any PS Store) a license is generated for that game for that particular PSN ID.  So, if you buy a game on your PSP the game is on your PSP and has a license associated with it.  If you change the PSN ID that the PSP has activated, the license changes.  You'll have the games on your PSP but you'll be unable to play them.

So while games from the EU and US store can exist on your PSP at the same time, they won't be playable at the same time as you need to activate the purchasing account to play the game. 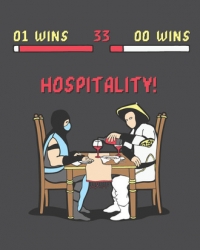 Recommendation: Don't buy it. Wait for something better.