Sony, is there anything greater than Twisted Metal?

I agree, I felt that the majority of the kinect games were an attempt to say "We can do what nintendo does without the controller"

Nintendo won, simply for DKC personally. zelda and 3DS just made it even better. Just imagine if we had no idea 3DS was coming...

I'm kinda surprised at the amount of people saying Sony won. I guess it's just the hardcore sony fans showing their support. imo it was pretty boring with too many montages and talking. I was interested in sorcerer, but I have no intention of getting move so... and personally not interested in Twisted Metal at all.

Microsoft blew it. They made the same mistake Nintendo made in 2008.

Nintendo won .. they announced so many suprises last night i even had trouble sleeping the 3DS was just fantastic i am very impressed lol, Sony second because they announced stuff that everyone new about and some surprises, microsofts was just plain retarded, the first 30 min was good it had me saying wow but then microsoft just shoved kinect down our throats, they can talk about it for 20 min max but why 1 hole hour i just cant understand lol,

after nintendo breifing it destroyed the horrible memorys of 08 conference

Nintendo's was engaging the whole time, there wasn't an un-necessary amount of time spent on new "casual" IP's and they didn't spend a huge amount of time talking about sales figures.

I loved the fact that they just hammering in more and more new games (Kirby, DK, KID ICARUS, Zelda etc), which was definitely a big step up from last year and the year before. I loved the stuff they showed about the 3DS (including, of course the new KH game). It was just fun the whole time.

Sony's was good, not better than last year, because they spent a little bit too much time on un-necessary stuff, like the Kevin Butler bit (seriously, it was okay, but it would have been funny as an Ad on TV and not at a conference where they're meant to show their plans for the next year and about 3 minutes shorter). GT5 getting a solid release date was good, I thought the showing for Move completely killed MS Kinect in the games department and Twisted Metal was an amazing finish. But for all the exclusive games Sony has been touting and how big their E3 was meant to be because of it, they basically showed as many exclusive games worth noting as Nintendo (probably less actually) and many of them we knew about officially before e3. And the lack of PSP talk, other than those ads with the kid from role models and the ghost of sparta, didn't help. PSN plus was okay, but the lack of details as to what you get with it hurt it (exclusive look at games is the only thing i remember). It was a good conference, but it wasn't as good as last years and certainly not as good Nintendos. Honestly, for a lot of the time, I was thinking to myself "stop with the taking pot shots at the competitors and actually show me something that says I should play my ps3". That's what I was thankfully about Nintendo, it seemed like they appreciated the competition, where they could have been like "we did it first".

MS lost in a big way this year, biggest concern with MS is that they basically piled on their core games in the first 30 minutes and then spent the rest of the time on Kinect. Big Mistake. I would have been less critical if they broke it up between core games and kinect. Like I said above, from e3, Move kills kinect in games, but I was really impressed with the general functionality of kinect (browsing etc). It seemed MS was less concerned with pushing games and more about pushing tech and whilst I appreciate it was there and how good the tech is looking for intergrating everything, they spent way too much time on it (Sony had the edge because it didn't feel like they spent forever on it).

IMO, any game with 3D game mechanics benefits from having a controllable camera, whether TPS/FPS or platformer, or action game, or RPG.  Have you played Assassin's Creed?  Did you ever use the second analog stick to reposition the camera?  Have you played Demon's Souls?  Ninja Gaiden?  Jak and Daxter?  Sly Cooper?  Shadow of the Colossus?  Are you telling me that you never needed to change the camera angle in those games?

I have played the Metroid Prime Hunters demo (I did own a fat DS), and while I did like the camera controls, I still prefer a second analog stick.  I did not like having to double tap the screen to jump, and I did not like having to tap the screen to change weapons/morph.  Plus, it could get a big tiring to play after a while (this was the old DS, so the DS Lite might be different).

Lastly, you say that people who play FPS/TPS are the ones who complain.  Guess what one of the biggest third party games for the 3DS is.  Metal Gear Solid.  And my money is on it being a TPS/FPS. 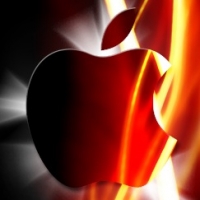 Nintendo's BEST in a long time because little casual speak and more games of real interest to me.  Goldeneye was just a completely AWESOME announcement.  I'm totally excited about that one.  Least impressive to me would be Kirby but it's a real interesting take on the little guy and the way it's done is just completely creative.