Japan's PC gaming market has roughly doubled in three years, growing to nearly $896 million US between 2018 and 2021. The user base of active PC gamers has increased by 5 million from 2015 to 2021, with 4.5 million of those playing exclusively on PC—up more than 100% from 2015's 2.2 million PC-exclusive Japanese gamers." You can read the rest of the article here: https://www.pcgamer.com/japanese-pc-gaming-has-had-incredible-growth-in-the-last-few-years/

That 4.5 million gamers are only ones that play exclusively on PC and doesnt include the ones that also play on PC+Console. Thats pretty big as i always thought PC was very niche in japan. I guess its no wonder PC's are getting so much Japanese games the last few years as of right now the is more gamers who play exclusively on Pc than PS5 and XBSeries consoles combined. And they say this number is only going to grow cause of a number of factors such "growing acceptance of foreign and indie games available cheaply on PC, much greater availability of Japan-made games on PC, and availability of popular Smartphone games at launch on PC" .

I can maybe see even Steamdeck doing very well in japan.

Valve even has their own Japanese mascot now and he/she is damn cute! And I'm one of them! You're welcome

Just in Capcom's last quarter, 50% of their sales alone were from the PC platform. Very wise of them to focus on PC so much going forward that they deemed PC as their main platform. Capcom had to have taken notice about how many were adopting PC in their native Japan.

If only japanese companies weren't so used to add Denuvo or other DRM to their PC releases...

I have to be honest, I can guarantee u Steam Deck (at least this version) won't do well in Japan. Too big, too expensive. The main reason why handhelds especially Nintendo do so well in Japan is bcuz most gamers are kids, cheap, small. Even the Switch is considered big in handheld mode, parents aren't buying something double the price of the Switch and from a brand that isn't widely known in Japan. Mobile prevails the casual market, Nintendo dominates the middle. So is the hardcore gamer or adults buying it? No cuz they got PC or PS. The reason for rise in PC gamers in the first place is bcuz of FPS games and streamers playing them. The thing is, PC players hate pad players, Steam Deck is a controller. This means the market for the Deck is extremely niche in Japan, even more than the West. I don't even know if Steam Deck is compatible with FPS games, it doesn't even have Valorant one of the bigger titles there. People don't understand this and thinks Steam Deck is a huge opportunity in Japan just bcuz it's a handheld. They forgot what Bill Gates said with the OG Xbox and its big controller.

Maybe it would do Xbox level being extremely optimistic, and it it does, that should be considered a humongous success. But realistically, it would do less than 100k.

"The main reason why handhelds especially Nintendo do so well in Japan is bcuz most gamers are kids, cheap, small."

Most gamers in Japan are kids? It has 75 million gamers, more than half the population play video games:
https://newzoo.com/insights/articles/the-gamers-powering-japans-22-1-billion-games-market-consumer-motivations-behavior-data

Less than 12% of the population are younger than 15 years. So no, the majority of gamers aren't kids in Japan. 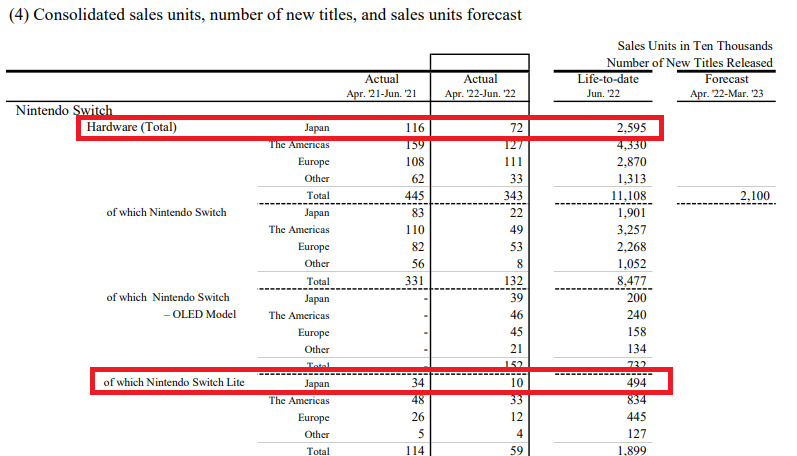 "parents aren't buying something double the price of the Switch..."

The Steam Deck ain't double the price of a Switch or a Switch OLED.

I call bullsh*t on that stereotype.

It gets better and better... such ignorance!

1. Ur provided data is very recent, including mobile which has a wide range of demographic. I'm talking about why handhelds are/were big in Japan, a lot of people think Steam Deck will be huge just bcuz it's a handheld when they don't know why they sell well. Most gamers playing on handhelds were kids or casuals especially in Japan bcuz they were cheap and small, you can easily play them with ur friends at the park or their houses. You could say games in general were for boys bcuz of strong stereotypical mindset in the past. Obviously I'm talking about the majority, you could say there were plenty of adults playing games back then but that's not the point here. It's the Wii/DS/360/PS3 era where I feel a lot more adults and female gamers increased because video games became more mainstream starting with the Wii and DS. The impact from the internet and technology changed society as a whole. Now adults and female take up about half of the population of gamers with the help of mobile games, streams, and kids from 30 years ago playing the NES becoming adults and still playing games. I don't think I need to show any source, it's common sense that gamers were mainly young boys ~30 years ago. Then why is the Switch such a success? Well it's because they have great exclusives and I guess the hybrid is part of it. So is the Steam Deck going to sell just bcuz it's a handheld and people think Japan loves handhelds? The answer is most likely not. I just don't see any elements that screams "success" in Japan. If u disagree, u can explain to me what about the Steam Deck that will grab customers in Japan. Let me tell you beforehand, the emulation part that people loves to boast about isn't an asset for Japan.

2. In Japan, the Steam Deck is double the price search it up

3. Just saying, there is some beef with PC players and pad players and Japan is not an exclusion. Some people think pad players are for the weak and this is just my view but I feel like a lot more sweats are mouse+keyboard players bcuz it has that precision. I've seen plenty of discussions about this. Like I said, who is buying a Steam Deck in Japan? With that price, I'm telling you the target audience is very niche. Casuals surely aren't when the Switch is available. Hardcore? They would rather buy PS5 or PC. This is not only from my view, but from people in Japan looking at conversation around the Steam Deck.

4. I said that bcuz I know CoD, Destiny2, Pubg isn't last time I checked. Also games not on Steam like Valorant isn't as well, which is crucial bcuz Valorant is currently the most hype in Japan probs.

I'm open to discussion if it's logical.

Steam Deck is just amazing. And that 4.5 Japan PC only is impressive.