I was never a fan of the Souls-like games. I tried Dark Souls 1 but... Nah. Then I tried Code Vein last year and played for around one hour until I gave up. But yesterday I watched a guy playing the Demon's Souls Remake for PS5 and it looked incredible.

So I thought: Yeah, I played the Souls-like games for a short time, maybe I can give it another try. Then I returned to Code Vein.

I'm at around 3 hours of gameplay. Died a couple of times, of course, but I'm really enjoying it. The anime-like story and visuals are also helping a lot. The only thing I still can't get through in this kind of game is that, usually, when you can customize your character that much, it means that he/she will be like a living doll the whole game. No expressions, nobody calls your name, and no talking. But Ok, I can live with that.

Anyway, if you never played Code Vein, I would give you an advice: Ignore the Critic Reviews. This game is really good.

I've been playing Souls games since the original Demon's Souls came out on ps3 and i've played all of the fromsoftware soulsborne games and even make sure to platinum them despite not really caring much about trophies but aside from Nioh I've never been interested in any non fromsoftware souls like game, but I wanted to give Code Vein a fair shake and I really enjoyed it a lot, the story and characters were more engaging than I would have thought, I really enjoyed the meloncholy feeling of the vestige memory things you would dive into and some of the music was really good so all around a good time, the DLC is garbage though and I have no idea if they even fixed one of the DLC which launched broken for a lot of people, either way I hope a sequel of the game can improve on the game further.

Yeah, I heard very bad things about the DLC. Not on my plans.

Yes. First souls game I played. Since then I have picked up demon souls but haven't gotten to it.Pretty great game. Insane amount of options. Classes, skills, abilities, weapons, cloaks etc. You can customize to a large degree.

Yup.
The customization is really nice. I made 2B. 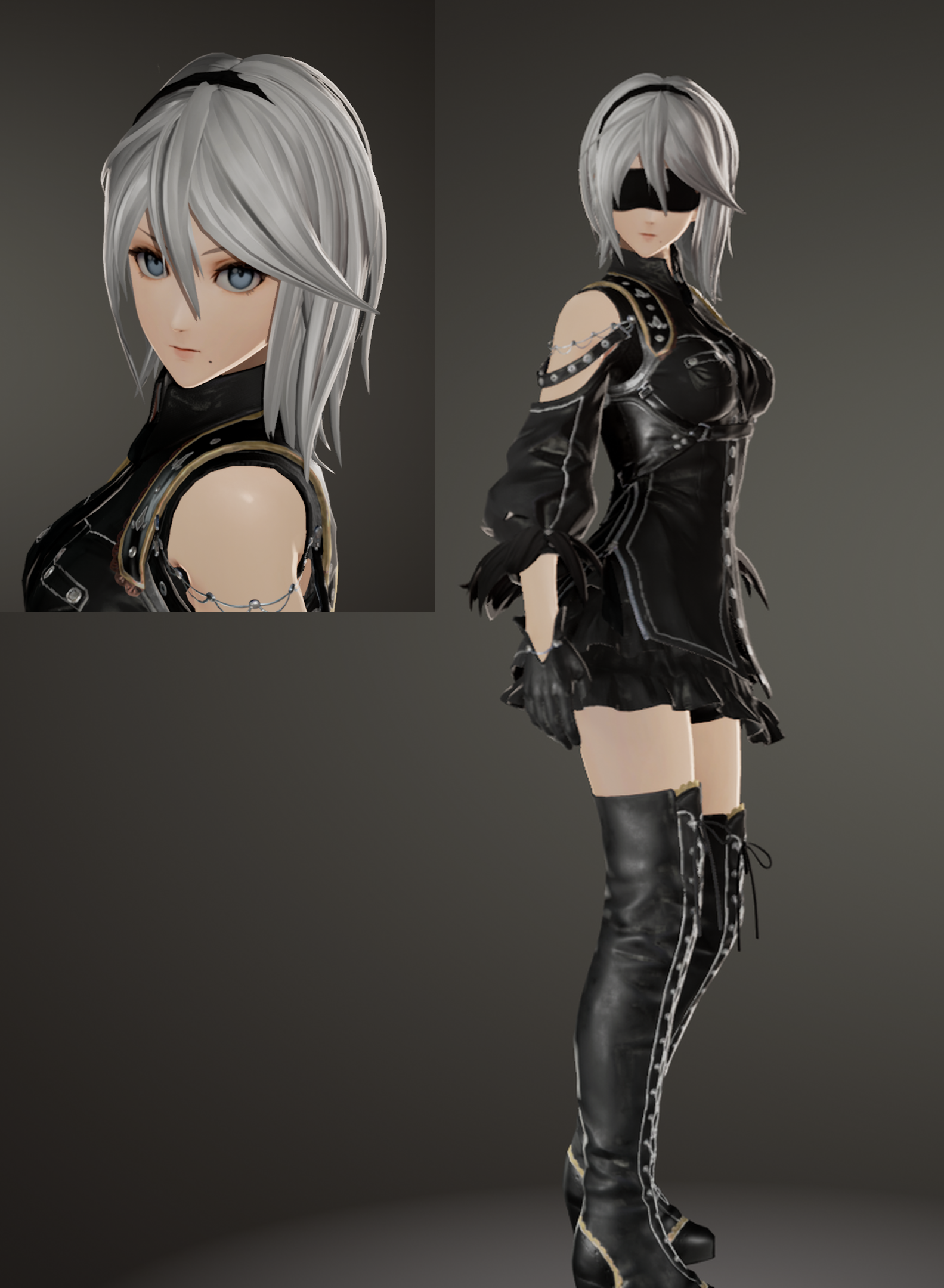 I played it a few months ago, and got to the final dungeon. (Going to finish it one of these days)
What made it especially fun I think is the ability to play online co-op. And that's how I played through most of the game, and had a lot of fun moments.

I just picked it up on XBL black friday sale. Its fun so far!

Completed the game last year. Really enjoyed it even though it's definitely not on the same level of quality as Dark Souls is.

I platinumed the gameOne of the trophy u need to coop 400 times just to get it hahahaha!Loved the game.But never touched it again once I platinumed it hahaSpent 100 hours I'm ok with that!

Had to dig this thread up a tad since I've just been checking some of the sales and I can grab the game for a tenner (£10) from ShopTo, which reminded me that I saw this thread earlier in the week, which is what made me click the game on the sale in the first place... confusing, eh? lol.

I played the demo for it when that came out, LOVED the character customisation (Seriously I spent more time there than actually playing I reckon, lol) and I enjoyed how... I don't want to say smooth, but I'm gonna' say how smooth it felt, if that even makes sense. Like, the Souls games are amazing no doubt, but they have a familiar yet clunky feeling to them, it's "part of their charm" according to some people, lol... but if you know, you know. I also like how, even from the small demo and the trailers I'd seen it felt like it focuses a lot more on the story as it's happening. I've heard mixed things about the story, someone broke it down as basically a "generic anime story with a few predictable twists" which I honestly don't see as a problem (Although right now I'm TRYING to play Tales of Vesperia, another "generic anime story" and honestly I'm just about to give up because it's actually putting me off wanting to play on my PS4 at all, haven't been on my console in like two weeks, maybe longer, because of it...) and something I REALLY liked was the ability to switch, were they classes? whenever you liked, seems like a nice way to mix things up if you like trying new builds and stuff.

TL;DR ignore my wall of text but I've just bought the game for cheap after being reminded about it by this thread the other day, lol