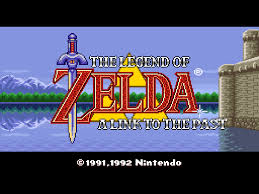 So, I finally did it.  I 100% Completed "The Legend of Zelda:  A Link to the Past" on SNES last night/this morning.  As evidenced by my post last year about finally finishing Luigi's Mansion on GameCube about 16 years after starting it, my backlog of games is multi-generational.  There are tons of games that I have started, and for whatever reason, just never finished playing before shifting my attention to something else.  When I was younger, I was able to focus on a single game much better.  This might have had to do with not having my own money to buy games back then.  We had 1 system in the house per generation, and whatever games my dad bought us throughout the year.  Once I started working, I was able to buy more systems, and therefore more games.  Consequently, I'd end up buying more games than I had time to play from start to completion.  Often, I'd take a break from a game that I had put a lot of time into and start something new with the intentions of finishing the older game later.  In a lot of cases, those breaks would take longer than originally anticipated.  I once thought I was glitch locked into the Vampire's Castle in Suikoden around 1996-97.  It wasn't until around 2010 that I went back and figured out I could leave the castle and had to trigger an event to make the Vampire appear the next time I went in.  Luigi's Mansion was another title that I fell off of playing for a considerable amount of time, but did eventually successfully commit myself to finishing.

I am a huge fan of "The Legend of Zelda" franchise.  I have played the original from start to finish (and 2nd Quest) on multiple systems since 1988.  "A Link to the Past" on SNES was no exception of that love, but for a variety of reasons, I never finished the game.  I played through to the Dark World on numerous quests over the years, but something would always happen to stop me from finishing.  Either my quest file would get accidentally deleted or saved over by my younger brother (I was guilty of this as well, accidentally saving over my dad's Sim City Megalopolis file), or the cartridge file would get corrupted.  The multiple restarts were daunting no matter how much I enjoyed the game, and so my attempts would become fewer and further between over the intervening years.  Then, "The Legend of Zelda":  Breath of the Wild" came out last year on Nintendo Switch.  The portability of that game meant that I could play Zelda anywhere without interruption, and that's exactly what I did.  I wasn't even in my home state when I finished the game.  I was actually on vacation in Florida at the time.  My infatuation with that game reinvigorated my drive to go back and finish "A Link to the Past" at long last.  I started the quest sometime last year, playing a dungeon or so at a time per play through whenever I could take my attention away from the Switch titles I was or currently am playing.  And finally, last night (stretching into the early hours of this morning), I entered Ganon's Tower, painstakingly battled my way through it, followed Ganon into the Dark Pyramid and finally defeated him.  A 26 year long quest completed.  A new record for me, and something that was long overdue, because it truly is a great game and still enjoyable today.  I'm pretty stoked about finally doing it, which is why I thought I'd share. 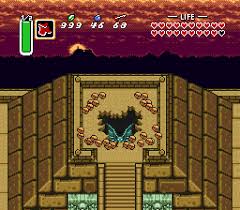 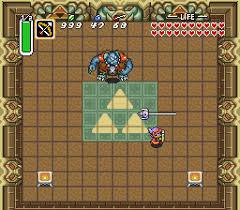 Wow, congrats, man! It's remarkable the effort you put in returning to the game, and it was really worth it. ALTTP is incredible

Thanks man. Totally agree. I had even started a quest on Wii U virtual console a few years back. But, I was most determined to do a complete playthrough on original cartridge, which I finally did. I just didn't play it on my original SNES. I have a FC3 Plus (which plays NES, SNES, and Genesis games) hooked up to my living room tv for space saving concerns. I thought about digging out the original hardware when I started getting close to the end, but once I got further into the game than I had ever made it before I became scared to pull the cartridge out of the slot and insert into another system. I couldn't bare the thought of accidentally wiping another quest from the cartridge memory.

Agree. It's what always drew me back, and never felt like a drag to do so.

Still one of my all time faves