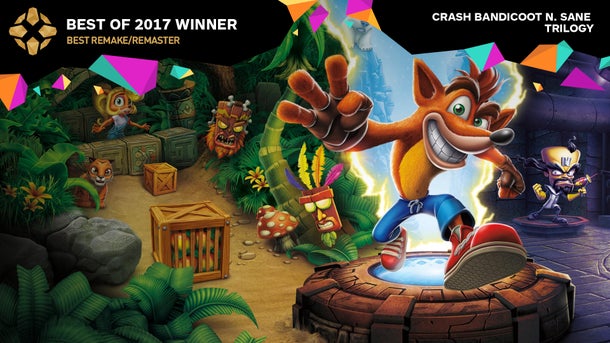 has been nominated in the best remake/remaster category for the IGN Best of 2017 Awards.

You can vote for it right here: http://www.ign.com/wikis/best-of-2017-awards/Best_Remake/Remaster

Voted for FFXII TZA because its the one of the games I wanted a remaster for a long time.

Voted for Crash. Its a remake, so more work were done.

Voted for Metroid because come on dude.

If "other" wasn't an option though, N. Sane Trilogy. Not that I've played any of the others

Mariokart 8-Deluxe is the best game in the series, and some of the best fun I’ve had in local multiplayer ever, so I picked that.

I don't think IGN was counting Samus Returns. I guess it is technically a remake of Metroid II, but it's been revamped so heavily and adds so much new stuff that I don't think they were taking it into account. On top of that, it seems like, based on the games included, this is more of a remastering category than remake anyway.

Anyway Okami HD was my choice, which was listed in the IGN poll but not the nominations for some reason.