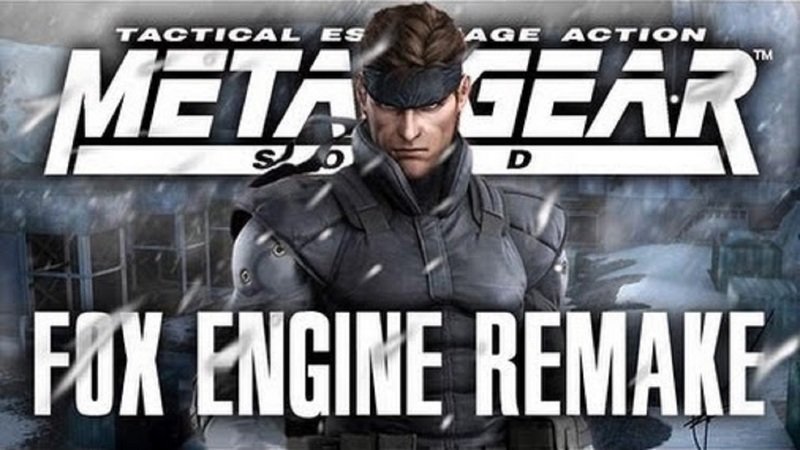 We would love a remake of this game on the fox engine completely redesigned. We got a remake of of metal gear solid but it was only for nintendo, but a majority a gamers didn't get to play it. For the ones that did get to play it, they didn't get the true Metal Gear Solid experience because things were taken out. since kojima left konami we believe the fans of the series deserve a highly anticipated remake due to kojima's departure. Anyone who has played the series can tell you that we need a remake for his game, many believe it's the best in the series.We would really love to finally experience this game in full 1080p 60fps on PlayStation 4 and Xbox One, for the fans and for the gamers that never experienced the story.

Seriously, this game would be badass. Found this on my facebook, friend just shared it and just passing the news.

The populace has already moved on from Kojima. Konami was right.

because a new MGS without hideo kojima-san: no interest. but a remake, yes!

Just ask Konami. I'm sure they're happy to oblige to fan's demands.

I'd rather have a remake of Metal Gear 1 and 2

I dont have faith that Konami would be able to do that without Kojima.And even if they did, they would still find a way to screw it.So no, leave it as it is, for now at least

Wouldn't it be easier to just do an HD version of the already existing remake? Ya know, like Capcom did with Resident Evil. If Capcom were able to do it surely it can't be that hard.