The Order: 1886 puts you in the shoes of Sir Galahad, a noble knight of the round table in this victorian era steampunk fantasy story set in England.

The story is incredible. Let me get this right out of the way. This game lives and dies with its story. I went into this game with rather low expectations and I was very positively surprised. Right off the gate with what is a terrific clever introduction all the way to the satisfying conclusion - The Order does not disappoint in this regard. The plot itself having fantasy elements such as half-breeds, the knights of the round table with steampunk setting, science fiction elements to guns and historical characters such as Nicola Tesla, it is very difficult to not be drawn in.

The characters are also rather strong. Sir Galahad being the star of it all. I actually felt empathy for him and that is something that very rarely happens in games for myself. There are so many games that stumble with uninteresting and boring protagonists but The Order nails it. He is accompanied by Marquis de Lafayette, a lovable womanizer and comedian. With them is Lady Igraine, a dame who is strong willed and eternally loyal to The Order's cause. There are also several other characters that I will save for the sake of spoilers but the characterization in general, is done rather well.

But the true strength lies in the overall plot, atmosphere, dialogue, cinematography and narrative. The game shines by having you with it from beginning to start with minimal jumps along the line. The character interactions while not on the level of say... Uncharted, still stand out and feel natural in contrast to so many other games. While there are a few throw-away characters, the characters that are central to the plot continue to keep you intruiged.

So what are the negative aspects? There are some pacing issues for one. Certain moments are very slow and feel somewhat placed there in order to extend the overall playtime of the game. However it is difficult to complain when the game itself has such a wonderful atmosphere that you just appreciate the time of walking through locations and taking it all in. I am a player that usually does this in all story related games, so to me: this was less of an issue. It is an issue worth addressing, nonetheless.

Furthermore the plot itself begins rather slow after having a very clever introduction. I find this to be a bit of a taste matter. Do you like games that alternate between climax and calm moments? Or do you want a game to slowly build up to the climax? I can truly appreciate both and I cannot not say that either is right or wrong. The game itself does have mini climaxes of sorts inbetween the calm periods so its not calm for the entire duration of the game until the end. However once you hit the halfway point, there really is no going back. The game picks up very well and never lets go until the credits roll.

I do not think anyone can deny this. The game is quite the looker. It is the best looking game that I have ever seen. The lighting, textures, character models, animation work is absolutely astounding.

The game is accompanied by a masterful soundtrack. Like stated before the voice acting is superb as well. The guns pack real punch in terms of sound. I played half of the game on my regular TV and while the sound of the guns felt somewhat lackluster, this was not the case when I put my headphones on. Granted, some guns feel less powerful than others but the best ones truly feel and sound empowering.

The gameplay is not bad. Not at all. The guns feel wonderful and the enemy detection upon being shot is truly satisfying. This is a shooter at its core and the gameplay does grant certain variation in terms of the guns. The special guns are truly different and force you to somewhat play differently. I found myself hip-firing and punching a ton when using a regular auto rifle. Once I got a sniper rifle, I would keep my distance and pick people off. When I was given a thermite rifle that could set people ablaze, I would spray a cloud of flamable gas and then watch as the fire creeps up on them. The arc rifle which would shoot an electric lightning bolt, was possibly my favourite gun. Or actually no, it has to be the three burst shotgun which would decapitate enemies and send shivers down my spine. There are also a lot of quick time events and moments that might end up in you failing should you not pay attention.

These are not difficult and that is not the point of them. Rather, the point seems to be about keeping you engaged and to keep you from putting that controller down. I am not against quick time events in any way. Rather I truly believe it is a system that can be used well or poorly. In The Order, it is utilized well and thus not a nuisance at all. Infact I enjoyed the few instances where it worked as an entire system for certain boss fights that I will not spoil. I hardly ever if at all died from one other than at first when it was introduced to me. When I find myself hammering the button as fast as I can in order to get Galahad to reach for his knife in a battle, that is a moment when I know that the game is successfully keeping me engaged.

The main complaint is a lack of variation in terms of combat encounters. It is simply a straight up shooter with no real special AI. The only AI that deviates from the rest are shotgunners which will attempt to flank and sneak up on you. Other then that, it was pretty brain dead on the AI front. It is competent in the gameplay departement but nothing more.

Poor. It is a great ride but not one that I will revisit anytime soon. The fact that the cutscenes run in realtime makes me wonder: If the developers wanted it, would they be able to make it so that we can skip them? It's not like there are video files that we can jump over.

Furthermore the gameplay while decent, does not understay its welcome but it does also not overstay its welcome. Infact: I would rather want more than less at this point. But it really hit a nice balance and it was enough which is why the length itself of the game itself was no concern for me. It is all relative to the story after all. It is however a game I will boot up to showcase the graphical fidelity of.

Overall:
This is truly a game that is not for everyone. Are you into linear driven games? Do you not mind having no player choice in terms of gameplay? Do you enjoy third person shooting and are you a person who plays games for stories? Are you not bothered by the fact that the cutscenes are possibly as long as the gameplay? If these are true to you, then get this game. Otherwise I would have to sadly recommend against it.

The Order: 1886 is Ready at Dawns first video game on home consoles. It is a new IP, one that I hope will find its place in this industry and turn into a successful franchise. We should allow for different games to exist in this industry and not force one "genre" upon all. I for one, truly hope we see a sequel to this game as I truly enjoyed it. It was a great ride.

Just for reference, what's above "great" on your scale?

Incredible for 9, Masterpiece for 10

Some other reviews incase you are wondering =>

Everyone i know who owns the game, a lot of *My trustworthy sources* agrees that 60% of the reviews was probably done cause they don't want to give an impression to the gaming world that they are biased towards sony, and the rest does it for click baits. The game is a solid 7-8 game. And it definetly deserves a sequal. And as everyone should have experienced by now is that mostly all new Ip's can't be compared to it's sequals. RAD have learned a lesson on how to improve the game's value the next time. but the game is far from awful.

I don't care who you are, if you are an XB gamer or not, no matter what bias you got. everyone who scored it below 6 shouldn't be taken seriously and even *YOU* who reads this can understand that perfectly. this game have gotten the scores as a Broken, unplayable and glitchy game when it's only fault is the price and the lenght.

Well written review but I do not think this game deserves a 8 from a 7 hour playthrough with a "4" on lasting appeal without being an AMAZING experience.

I am a Sony guy through and through but I am tired of this "Reviews are biased against Sony bull".

Reviewers review games, they do not care what brand it comes from 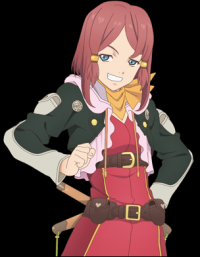 Nice review.
I'm also liking this game and it's obvious it's not for everyone.
But for me it works, shooting, cutscenes, qte it's just flows together naturally most of the time.
No loading times. On a technological level I feel it is nothing short of a masterpiece. And not broken like so many other AAA games recently.

Good to see you back, Aldro.

Reads like a fair review. I've noticed in other reviews that the game seems to be getting unfairly criticized for something it was meant to be. However, it might be the developers fault for potentially misleading fans, or probably more of a combination of wrong expectations and the former.

Haven't finished the game yet, but I agree with what you've said about the gameplay, visuals, and audio. I really like the thermite gun so far, I love being able to either fire the thermite than set it on fire, or shoot the flare and shoot the thermite into the flame.