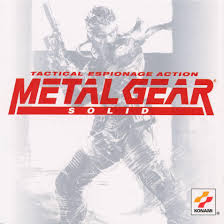 I ditched my friends to play this game. I ignored a pretty young brunette who was meant to be my first girlfriend. I had to wait another 5 years before ever having a girlfriend - it was worth it. I stared at the gamecase knowing that I was holding the single greatest game ever made. I was 13, and Hideo Kojima changed my life. Almost 15 years later, I replay the classic to see if it's managed to hold up after all these years. 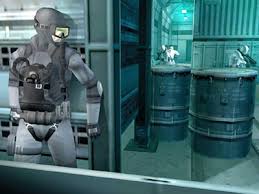 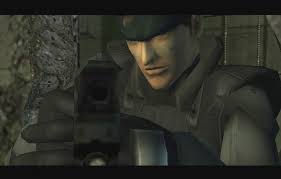 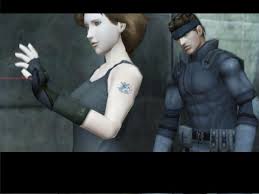 Solid Snake is the greatest protagonist ever created in my opinion. There's nothing like playing as Snake. He's as much of a hardened bad-ass as you'll ever see. The story in MGS has not aged at all. It is still better than anything I have ever encountered in a videogame (and probably in any audiovisual medium). The voice acting is out of this world. They could literally reuse it and sync it with fancy CGI one day for a killer, AAA, blockbuster movie. The way the story unfolds is also just pure genius, with stupefying plot twists and revelations. Even if everything else was terrible, the cinematic experience provided by MGS alone makes it an absolute must play. For everyone.

But the gameplay isn't half bad either! The gameplay engine from MGS2 has been used here, which brings a few welcome improvements over the archaic MGS gameplay, but it comes with some heavy repurcussions. Things are a little too easy because of the increase in control and accuracy. And it's still not up to modern standards. It's ok. It works. It's good enough for sure.

What 4th-wall-breaking genius this game holds! Changing controller ports so that Psycho Mantis can't read your mind after he reads your memory card and tells you what type of player you are. Recognizing Meryl by the way she wiggles her (sexy) butt. Finding Meryl's codec code on the back of the box. Realizing there are genome soldiers in an elevator with you. So many moments. So much detail. It's a game worth playing over 3 or 4 times at least.

Conclusion: Despite the gameplay being a 6 or 7 (if you're super critical), and the graphics not being that great (anymore), there is no way in hell I can give this less than ten in 1999. Nowadays... It's tricky. I wanted to give it a 10/10 also, but that's just too subjective of me.

A few notes and gripes:

-Yes, I say "1999" up there and not "2004". I'm talking of the original. The only reason I'm not playing the original is I have no access to it right now, and the dolphin is easy and available.

-The Gamecube version had (for the love of me I don't know why) some of the cutscenes redone in Matrix, bullet-time, style. To say this was like a knife in my side is an understatement. Be prepared for a less incredible gamescreen and some sound effects too. Them fools changed perfection.

-A funny one. The nightvision and infrared didn't work with the emulator, so I had to go all elite in certain areas. It was actually a lot of fun to do, but a pain in the ass at some points.

-A single gripe about the actual game. The ending was a little underwhelming. Just a little bit. Not as amazing as I remember. Still a 10 though

For reference, I used a 360 controller and played at 1080 with 4xMSAA and the widescreen hack enabled. It ran a little buggy - especially the cutscenes. Also Froze on me a lot. Was a bit of a pain until I discovered the save/load state option of the emulator. I was pretty new to it then.

I think the reason why the cutscenes were changed to bullet time was because they were originally very similar to the original version, but Kojima wanted them changed a bit.

Despite being my all time favorite video game, a 10/10 is still a bit generous because imo 10 implies perfection. And I literally despised the GC remake to be honest.

You're right. I thought about it a little and I'm changing it now.

This thread was a failure. Actually, that review I wrote up there is rather poor and was rushed. I'm just surprised the Prime thread got so much more attention than this.

Joint favourite game of all time.