Evolution Studios' Paul Rustchynsky takes us for a spin with the PlayStation 4 racer.

#DRIVECLUB is the PlayStation 4 racing game where finishing first takes second place to teamwork. Join a club, take to the road and adapt to an event as it changes around you to earn precious points for your teammates. No matter where you are on the track, there's always an opportunity to boost your club's score around the next bend. It might be a test of car control or of nerve. Whichever form it takes, it's a chance to give your club a push up the leaderboards.

Design director Paul Rustchynsky explains what to look out for when #DRIVECLUB launches alongside PS4.

Pick off your points

It's one of your first races in a tarmac-shredding supercar, and you're some way off the pace. Yet there's no need to get rattled; at any moment you might get the chance to score vital points for your club by mastering an in-race challenge. "Events called Face-offs see you rated on your cornering and drifting ability as well as your top speed, elements that don't necessarily mean you'll get the best overall time but will help your buddies up the scoreboard," Rustchynsky says. "You don't have to rock up and be Top Gear's The Stig, you can still have fun in challenges."

Prepare to head off the beaten track

"Everyone loves driving at Silverstone, but we wanted somewhere different." Can you think of many racing games that let you speed and jink through the Scottish highlands? Not only is driving through the remote village of Kinloch a blur of autumnal colour, its dipping roads feature sudden, hard turns. Not surprising, given Rustchynsky's involvement with the WRC rally games. "We've been able to call on our WRC heritage a little bit," he says. "We've got these nice long stages which are going up through the crowds in the mountains. There's a mix of circuits and point-to-point races as well."

Get to know the road

Rustchynsky thinks #DRIVECLUB pitches somewhere between the arcade thrills of MotorStorm and the mud-spattered realism of WRC, and there's a real weight to the handling which really kicks in when you throw your car's back end out. "There might be a little arcade twitchiness when you begin playing it, but then you start to feel a real connection with the road. Underneath it all there's a very advanced simulation for the tyres, the suspension and so on, but we don't want to overload players with all that data. We just want them to have fun."

Part of the thrill of getting into a new car is finding out exactly what it can do. Each vehicle will come ready tuned so you don't have to get your hands greasy under the bonnet. "We want to make sure that every car feels like a completely different beast. If you take the Hennessey Venom GT in #DRIVECLUB and hammer down the throttle, those wheels... With 1200 brake horsepower you'd think the wheels are going to spin like crazy and squirm all over the place."

"We've really tried to focus on what we think are the best cars right now, the cars that we'd buy if money was no object, and spend as much time as possible getting those cars just right," says Rustchynsky of #DRIVECLUB's garage. "It takes six man months to create and finish each car – that's something like a quarter of a million polygons per vehicle. Our lead vehicle artist actually rejected one car model because it contained an incorrect screw head."

It's almost as if #DRIVECLUB's Face-off challenges were tailor-made for the DUALSHOCK 4 wireless controller's SHARE button. "We use it all the time around the office," Rustchynsky confirms. "It's amazing just how useful it is in development. Every little thing, every perfect drift around a corner, we just hit the SHARE button without even thinking about it."

#DRIVECLUB will hit the road when PS4 launches later in 2013. Keep your eyes peeled for more from the Evolution Studios workshop right here on eu.playstation.com and over on PlayStation.Blog at blog.eu.playstation.com.

I decided to give this one a shot. I will buy it with my PS4 so I have no need for the PS+ version.

"Can you think of many racing games that let you speed and jink through the Scottish highlands? Not only is driving through the remote village of Kinloch a blur of autumnal colour, its dipping roads feature sudden, hard turns. "

Im buying it. Love the lighting in this game.

So it's actual title is #DRIVECLUB? God, I hate weird names like that as well as [Prototype], plays crappy with the site's coding.

Also if that's supposed to be a twitter reference then I dislike it just a bit more.

It is the real title but most sites uses only DRIVECLUB. 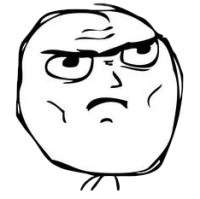 I think the # is because of how social the game is aiming to be.

Ok, I thought you was posting a picture holding the game box... lol

"Everyone loves driving at Silverstone, but we wanted somewhere different."

Great, I love both. GT6 for real world and familiar circuits, this for new tracks :)

"We've been able to call on our WRC heritage a little bit," he says. "We've got these nice long stages which are going up through the crowds in the mountains. There's a mix of circuits and point-to-point races as well."