I feel like once I'm done with it, there will be nothing left worth to play.

I came into this thread hoping I could work out a trade since I thought I'd finally found someone who hated the game =l damn it.

Oh this game will stay with me forever. :p

Don't worry man I felt the same way when I first played Persona 3 on my PS2 (same with P3P). The game was so good that I just didn't want to finish it, but then I realised all the stuff you can do post game.

On a NG+ there are so many hidden stuff for you to do. For me particularly I like the ultimate boss battles that can only be done there. I don't want to spoil it for you but there is a certain character that you know who you can battle at the end of NG+. That person is the strongest opponent in the game, stronger than the canon boss and will require intense amount of preparation (several playthroughs even) and strategysing to beat. Plus in the hardest difficulty all I can say is good luck.

So yeah don't be shy to complete it and give it several playthroughs to unlock the real fun stuff. The game deserves it more than anything.

Oh thanks. I didn't know there was a new game+ Well now I feel relieved.

Plenty of things worth playing, though after P4G they will just never measure up.  Your best bet from this point forward is to only play Atlus games.

Oh, and watch the P4 Anime (if you have not already) its fantastic. 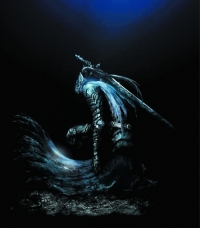 DAMN YOU! I went to rage mode over nothing :)
Still the Vita needs a original killer app, so far all I'm seeing is ports, Persona 4 included. Gravity Rush and Uncharted: Golden Abyss were good games, but neither of them was groundbreaking tbh. The Monster Hunter franchise has fully transitioned into a nintendo title with Monster Hunter 4 coming to the 3DS, which is a blow to Sony considering it was one of the psp main seller. Hopefully Soul Sacrifice is able to fill this void. Sony needs to have a stronger grip on their IP so that their titles won't end up like Spyro or Crash Bandicoot, put more investment and effort into newer IPs that concentrate less on appealing to western audiences like Toyko Jungle (which had a good concept but it only had decent execution which got repetitive quickly) and bring back old titles like Medieval but tweak some of the mechanics, without pulling too much out of what made the game special.

the game does have 3 endings

I'll definitely check out P4 anime.  Its true this franchise is awesome, and I hope there is a P5 in the works.