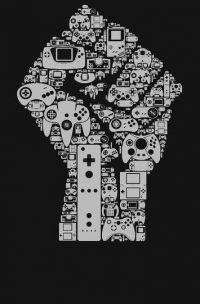 After the successful launch of their only title, Kid Icarus: Uprising, Project Sora closed its doors on June 30th. The website is set to shut down July 31.

Although, the developer was formed specificly for Kid Icarus, its sad to see it dissolve. Too bad Nintendo couldn't have found another project for them.

I wonder why they're closing them down? Is a layoff or more of a reassignment of talent?

You've been beaten to it :P

Also, as has been said in that thread, Project Sora =/= Sora Ltd. This doesn't really mean anything.

They're going to go to other teams any bet to make games we don't even know about.

Yea, I saw that after I posted... Oh well

So, now, that Kid Icarus is finally through (card game was just now released), the project ended. Simple.

Project Sora is not what many people think, it was just a group of people Sakurai brought in on a contract-basis to make Uprising.

He did the very same thing with Brawl...it was a group of people brought together to make Brawl, and after that game was finished in '08, those people all went back to their prior studios, most likely something Nintendo-related. Sora Ltd is Sakurai's actual company, Project Sora was just a name given to the Uprising team.

Obviously, since Sakurai will be at Namco Studio for the next few years working on Smash Bros, there is no purpose whatsoever to have a team at Sora Ltd. Most people who worked on Uprising will either be absorbed back into one of Nintendo's many first-party studios, while the rest will go with Sakurai to Namco to help him with Smash Bros.

Nintendo should release a statement to clarify this for people, as there is a lot of misinformation going around today about this.

well the project is over ..so