How good is Dead Rising?

I enjoyed the game, but it is not for everyone. The save system and the time limit are probably the games biggest flaws. You can only have one save slot and can only save either at the safe haven or in a bathroom, which can have hundreds of zombies in your way before you get to one. Also with the time limit, you won't be able to beat the game on the first playthrough. Each time you start a new playthrough you start at the same level you were at at the end of your last play through. I suggest ignoring the story and just having fun killing zombies your first couple of play throughs to level up as much as possible. Also if you die, you get to keep that level for the next play through. For each level you go up you get either stronger, faster, more health, able to carry one more item, or new attack moves.

I actually really enjoyed it and at that price you really can't go wrong.  It can be really frustrating at times and it does have quite a lot of issues but it is still a really enjoyable game. 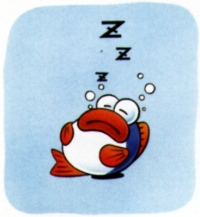 I played it for a little while, thinking about giving it another try. I thought it was fun going around the mall looking for new weapons and just slaughtering zombies. At that price point I can see the fun you can get from it worth it.

It is flawed, ugly(because it's old..), controls aren't good and so on and so forth. BUT: It is one of the best sandbox games to come out this Gen. The story is good, the gameplay is ultimately fun, and it offers a great challenge.

BTW: Fable 3 is the best RPG this year. And that's not easy for me to say after I was expecting Fallout: New Vegas to be the clear winner. Vegas is a good game too... It's just so buggy.. Fable 3 is just really polished and the quests, voicework, gameplay, and the unique "menus" are really well polished. Let's just say New Vegas had sub-standard side quests.

Eh . . . weapons break too quickly, imo, and boss battles are this gen's biggest joke in terms of game design. Alright game, but wait for it to come down in price. Alot.

EDIT: Forget this post. I thought we were talking about Dead Rising 2. DR1 is'nt bad, and like most people are saying, for $11 it isn't too bad.

I had alot of fun with the game, at the begining the boss battles are a bit too hard thou...

but after you start to level up its starts to get way more fun......thinking of it makes me want to play again

It's a game with style, with some quirky game mechanics, with very sandbox, experimental gameplay. It's got flaws, but the game is really fun. Worth $10 if you ask me. 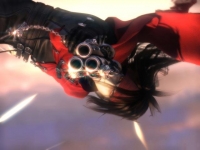 DR2 is good.. but frustrating because of the replays/timeframe

I think Dead Rising is obnoxious.  Any time you're supposed to be doing some kind of shooting mission, expect to have ample headaches and gamer rage.  I got a couple hours in and stopped playing.  Once I had to try to shoot the guys in the Jeep, frustration took over and I was done.  There are better things on the Xbox.

=one of the games that made me jump form the xbox to the 360... great game unforgiving learning cure youll have to go through it 2 or 3 times... love the game... it has some strange choices in terms of gameplay mechanics but nothing game breaking.

haters are going to hate on it because its either too hard for them, or too outside of what they are used to..

so a def buy either one or two..

note… i have not tried the online or multiplayer on two yet… single player for me is what this game is all about..