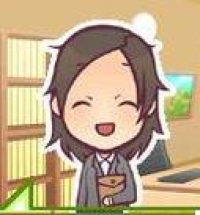 Mordred11 posted something on Oculin's wall:

Thanks, it's from some random Japanese DS game about an office lady or something lol. Too bad it's so blurry on the profile page.

Mordred11 posted something on Oculin's wall:

Questions: New F-Zero for WiiU (Staying loyal to the series, hardcore and great graphics! - i want harder mode's unlockables for reward just as in the old days- nintendo didn't felt good but I LIKED SEGAs FZero GX, it was so hard, but i am such a guy who wants this and i completed it, it was amazing, the musics were great and it was a blast ! - i know some people didn't like it , they said it wasn't like F-zero X but i don't remember much what was the difference, i just liked the garage and custom cars and , it had so much more features than FZeroX so i don't know what people were yelling about

Second question: Metroid Prime Trilogy SUPER-MEGA-HIGH-RESOLUTION-TEXTURES-EFFECTS-1080 HD and engine updated, fixed, loading times optimized, plus all on 60 FPS (And i will KISS YOU REGGIE IF this get's real !!)! Remake - Taking Hardware to THE MAX !! This would

Metroid Prime Trilogy is too good to be forgoten , TOO good, do you actually realize that MP competes with soem of the most impressive PC games and probably beats quite a lot of them.

Last Notification; Please ninendo , PLEASE DON'T USE CHEAP PHOTOSHOP SAMPLE TEXTURES - I WANT VARIETY WITH HAND MADE TEXTURES - JUST LIKE METROID PRIME 1 HAD (it seemed MP3 had less detailed textures for some things, for example PHAZON, they were just made in photoshop and thrown in like and applied while MP1 had "hand-made" textures for the Phazon model and there was a lot better variety and not all the same repetitive texture which often repeated so much - JUST NO AUTOMATED SOFTWARE-ASSISTED PAINTING PLEASE - ALL GAMES WOULD LOOK LIKE WII SPORTS IF THAT CHEAP AND LAZY TECHNIQUE IS USED.

Thanks for the comments on the article! Unfortunately, I doubt Nintendo would be willing to crack about either Metroid or F-Zero Wii U at the moment. Especially from some unknown writer. :p

Nintendo does have a form the average consumer can fill out here: http://www.nintendo.com/consumer/webform.jsp

hey, and by the way, the previous article where you talked about possibilites that could represent HD on WiiU - I thought that was something that nintendo confirmed, just looking fast at it, and when i scrolled down to see F-zero .. that threw me out of the chair ... it was mintues later that i actually read the article it was something you guys were guessing and it wasn't confirmed ... oh well

OMG another writer that I never seen ever!

lol. I just joined a few weeks ago. Hi!

Nintendo responds to Xenoblade's localization efforts (along with Monolithsoft, Mistwalker)

dark_gh0st_b0y said:yeah, we should keep on sending mails, not to mention that we want Dynamic Slash and Disaster: Day of Crysis as well as Pikmin 2 : P Honestly, it's probably better right now to focus on a these few titles than attacking Nintendo about all the games they haven't released in the last half decade and expecting them to release them all in 6-12 month...

Supposedly, NoE says NoA doesn't intend on releasing it here. http://www.gonintendo.com/viewstory.php?id=161562 It's hard to say how accurate this is since; 1. I followed the source, and it traced back to a neogaf post of someone basically saying some one from France branch of Nintendo of Europe said it on TV. 2. We don't have a direct quote, so they may have not said that NoA has no...

Terrible Game that Deserves a Sequel

I actually never got to pick Wii Music up. Kind of want to since I found Electroplankton pretty intresting. Idk if I'd play it beyond a few hours though. ...

About Me: Benjamin Yoder, or Oculin on gamrConnect, is a contributor on VGChartz Network's gamrFeed, providing editorials and features.

As a gamer he has an interest in sleeper hits, bad games, and

Oculin has 6 friends (view all)