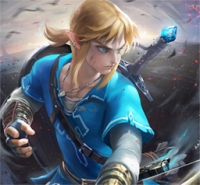 Well, I don't believe it until it's done, but it would be contrary to recent PlayStation studio investments given that they were more interested in buying western studios.
It's important for Sony to secure Kingdom Hearts and Final Fantasy installments for PlayStation though, since both brands are heavily bonded with the PlayStation community.
It would make sense for PlayStation. But it's highly a waste of money, since Sony doesn't gain that much benefit unless Microsoft tries to buy Square too and steal these IPs away.