Concurrent Steam users daily peak has fallen a bit, but is still around 25 million people every day: 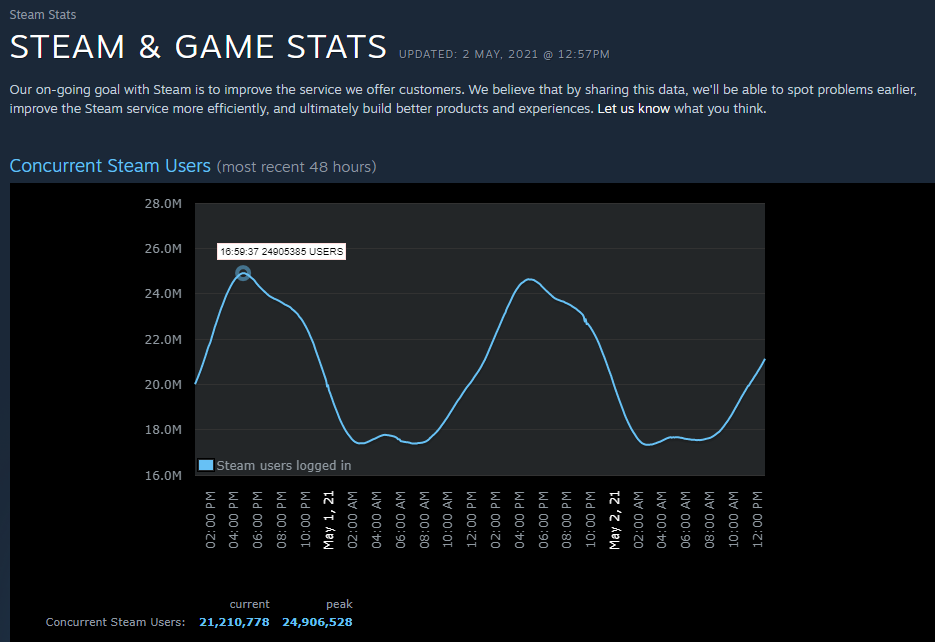 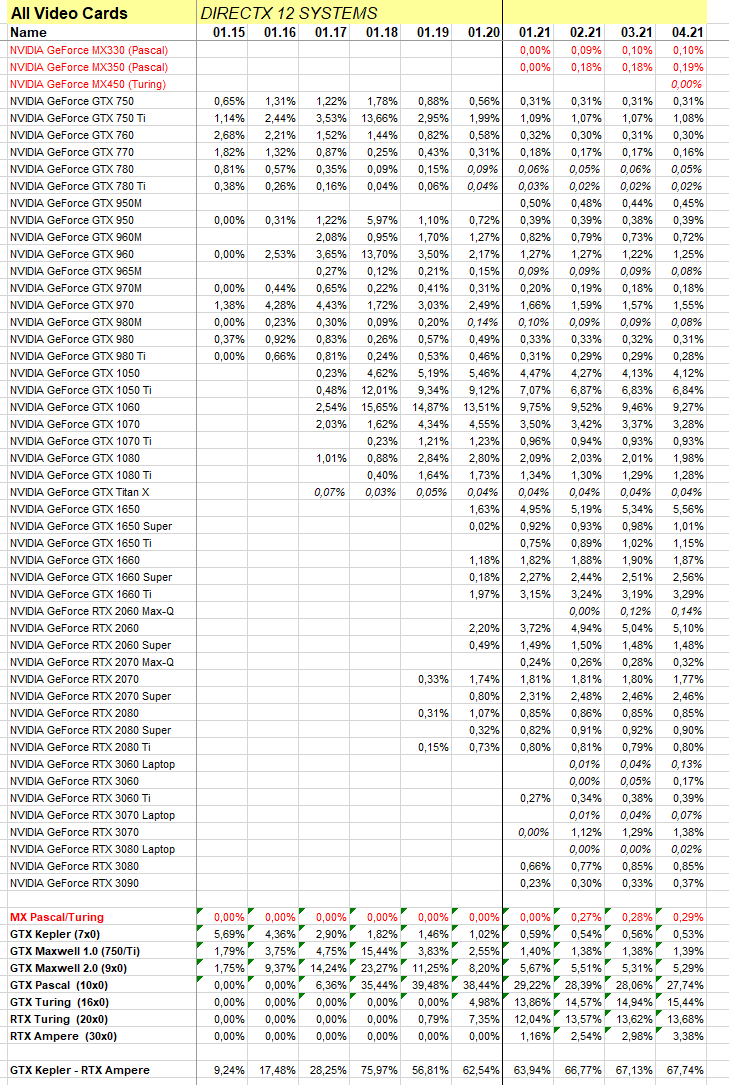 The RDNA2 GPU share unfortunately only has grown 0.03 percentage points from 0.15% to 0.18% (and RDNA1 has fallen 0.02 percentage points, so RDNA-growth in total is only 0.01 percentage points). I really really hope that the generically named category "AMD Radeon(TM) Graphics" (which has grown to 0.5% within a few months) contains many RDNA2-cards which weren't identified correctly. 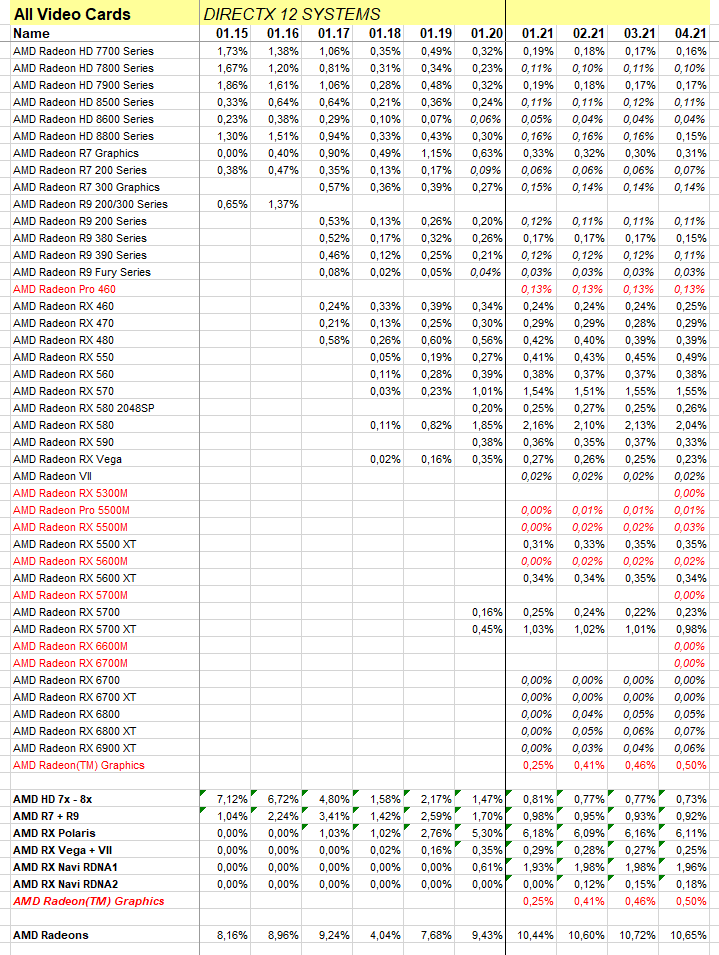 That is similar to the tie ratio of VR on PlayStation: the last number Sony gave was 5 million PSVR headsets.

More than every 6th surveyed PC is already raytracing compatible. That should be at least 20 million gaming PCs on Steam, if we use the announced 120 million "monthly active users" as minimum value.

The raytracing compatible 9th gen consoles are around 10 - 12 million (depending if we count the Xbox Series S which often doesn't get the raytracing version).

So the total hardware base of raytracing compatible gaming devices should be at least 30 million units... that should be good enough for most AAA developers: 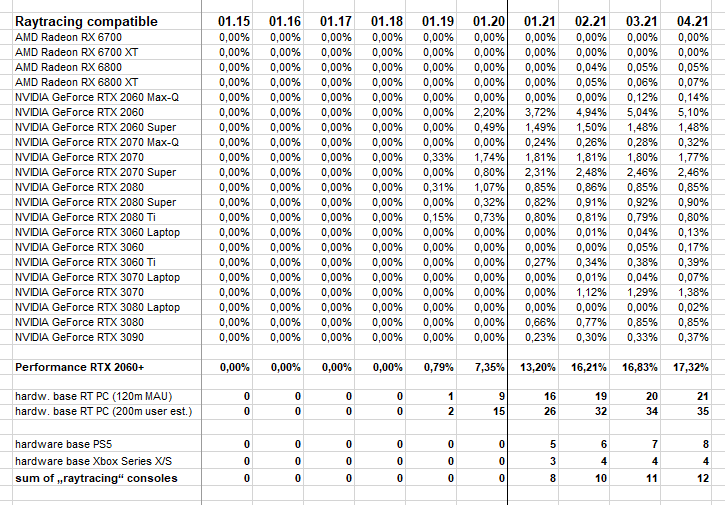 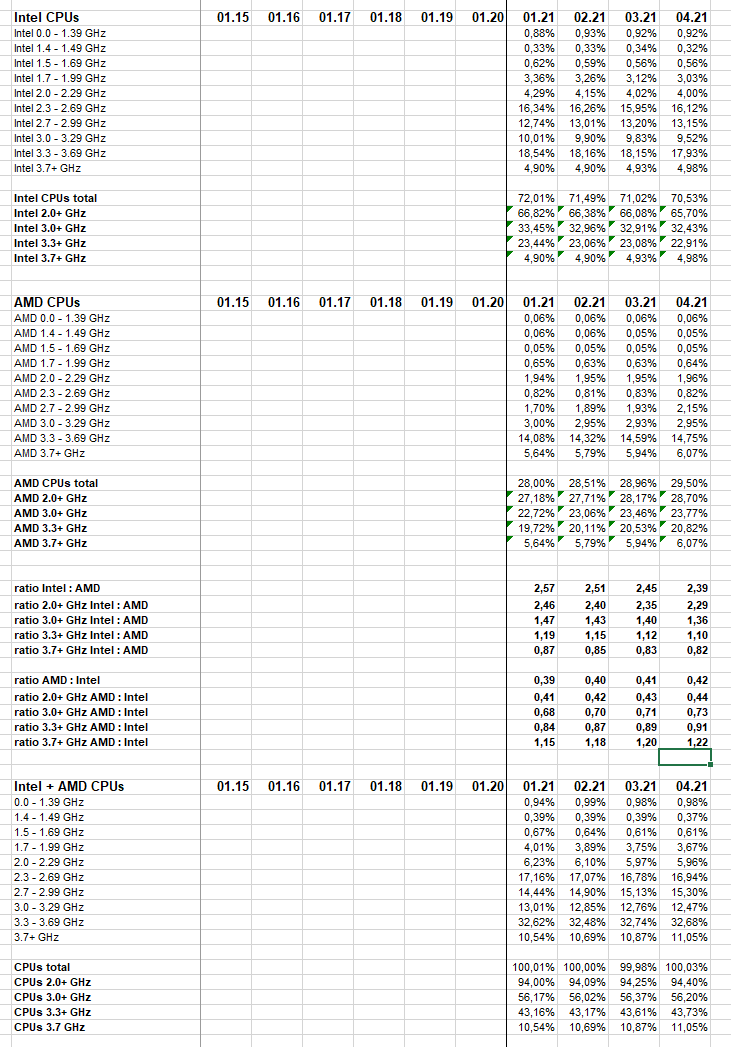