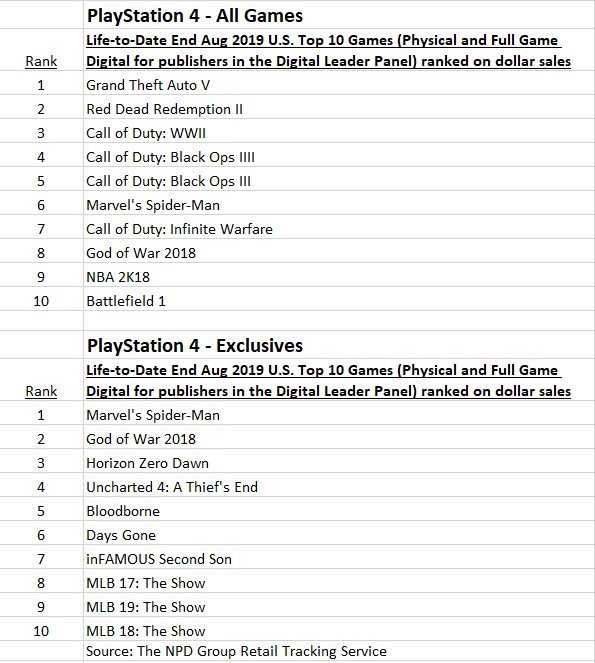 Marvel's Spiderman has made more $$$ than CoD: Infinite Warfare. Impressive. Sony got 2 of their 1st party games in the top 10. Xbox is also shown: 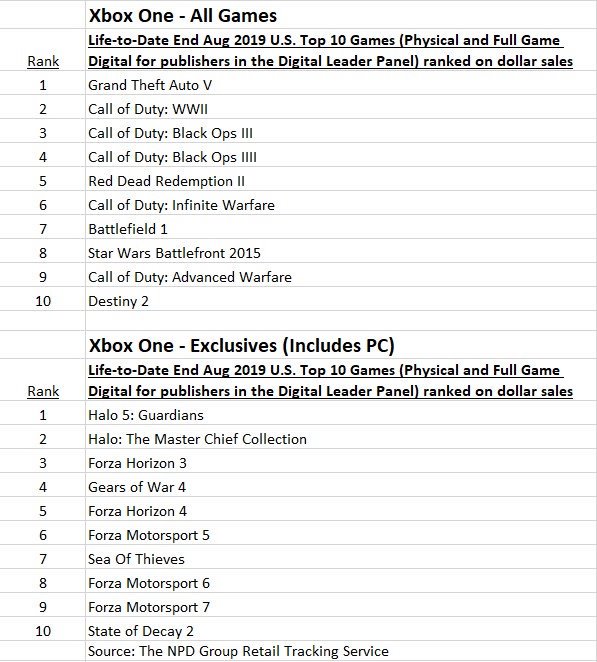 It's sad to see that Halo 5, while being MS's best selling exclusive didn't even make the top 10 for Xbox One including multiplats. Even Destiny 2 on Xbox alone made more $$$ in the USA than Halo 5. When Destiny is bigger on Xbox than Halo something is wrong. Big decline of a franchise.