2-4 million if I am realisticly.

When I was/am in China/south Korea I always saw the same phenomenon. Ugh my girlfriend don't want to sit home and play pc games today so we are going out to basically a PC bar that were extremely cheap, even in South Korea where you could spend an evening for just a few bucks and have any game you want to play.

We had an article years ago about how they wanted to organize a Melee tournament in South Korea in a local gameshop they basically asked country wide for players and only founded 8 contestants with a few of them being expats.

The share of households in SK with a video gaming console has shrunk to 5% (coming from 10% years earlier).

It is hard to sell a console in countries where gamedevs make 99% PC/Mobile games.

Ofcourse if Switch comes with some very popular Chinese games sure it could increase the sales but don't create big hopes...After the early august meeting we probably know more.

Also want to add this picture: 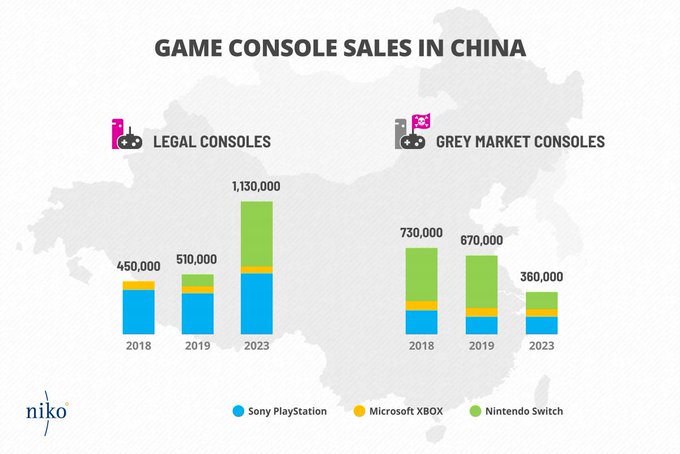