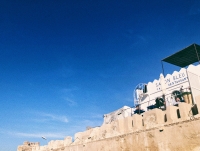 kind of off topics but I just LOLed at the thought that if this was the Chinese government the entire Western media would frame this as human rights abuse with tacit understanding.

Now back to topic:
His rape charges have been called sketchy before, but it could be liberal peers refusing to believe that 'one of us' could commit such crimes.
In terms of espionage, I'd be surprised if the US wasn't the biggest espionage machine in practice against all other nations?
I hope he remains in Europe, in prison or not