Gaming Discussion - Is the market ready for a $500 console yet? - View Post

The only thing the PS3 proved in 2006/2007 was that the PlayStation brand and exclusives and the PS4 advantages (f.e. Blu-ray drive) were strong enough arguments for many people to justify a 50% higher price tag compared to the (at that point even better performing) Xbox 360.

The only thing the Xbox One proved in 2013/2014 was that the Xbox brand and Kinect 2.0 weren't strong enough arguments for many people to justify a 25% higher price tag compared to the (to this day better performing) PS4 with a lot more exclusives.

Movie tickets have more than doubled since 1995. Has the number of sold movie tickets halved since then because "entertainment dollars aren't affected by inflation"? No, they have gone slightly down in the last years, but are still above the 1995 numbers: 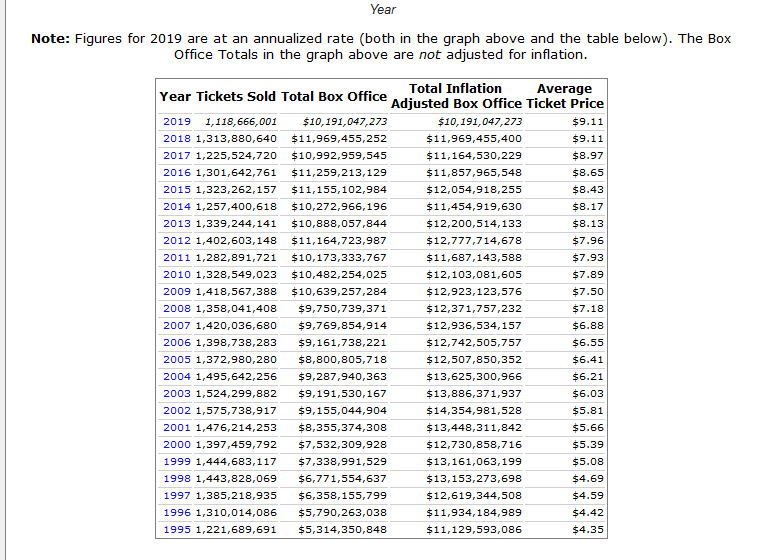 Even though there are less and less reasons to go to the cinema with much improved and affordable home cinema/entertainment solutions in the last decade: bigger TV screens, 4K TVs, sound bars, Netflix, 4K streaming, very popular TV shows which are better than most new movies...