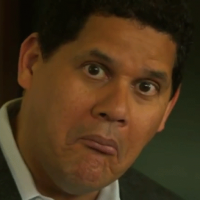 I was at the panel they announced it at and they also said that there are more projects in development with Digital Eclipse that they are looking forward to revealing at a later date. I find it funny that the reveal picture from the official Twitter is worse than the pictures I got. I would have expected them to just post the slides. Here's mine: (The pictures were too large to add directly, so I posted them on Imgur.)

The panel was very interesting and I have pictures from many of the slides about designs and plans from the original games, let me know if you want me to post some of them. They were sneak peeks that are going to be included in the museum mode of the collection. They said they found way more documents then they expected that had been laying around for years and they will all be in the collection. I also took lots of notes from what the creators were saying and it was very interesting to hear.