Yep, adding the official numbers onto VGChartz numbers the comparison between Switch, PS4, Xbox One, 3DS and Wii U looks like this; 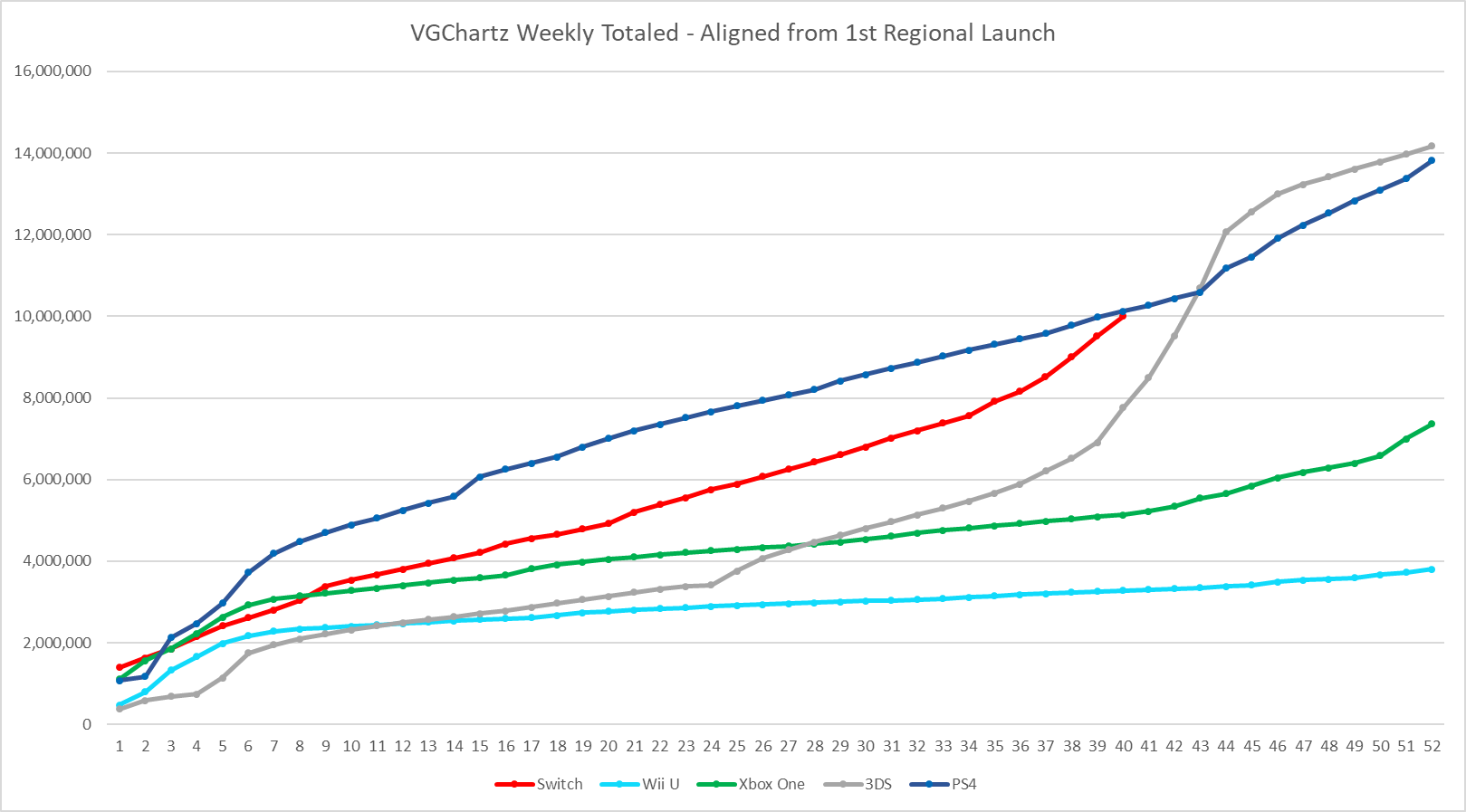 Switch still has Decembers sales numbers of the holiday season to go too which historically is a big month for Nintendo systems. Just look at 3DS, that's the month were it got most of it's sale push, especially in Japan.

I doubt it'll be so close in the long run, but keeping up to it's pace is certainly a good sign.